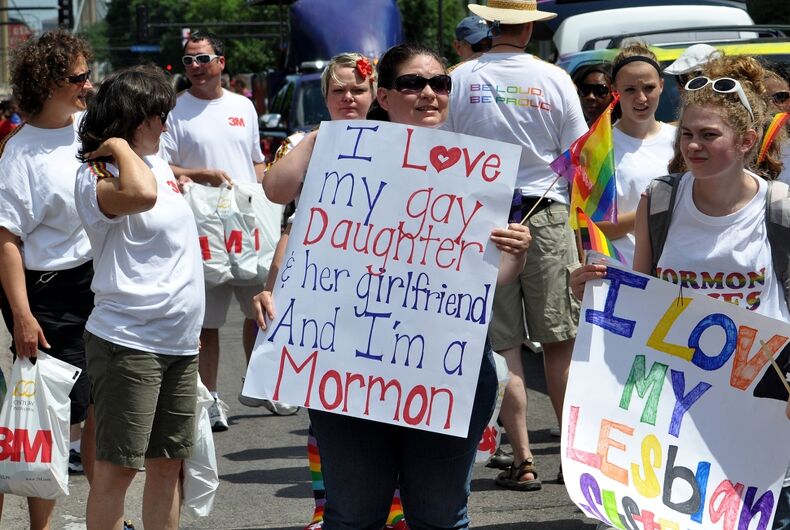 Church of Jesus Christ of Latter-day Saints President Russell Nelson’s changes to the Mormon church’s doctrines continue as the denomination announced they would change church policy on married gay couples and their children.

“Previously, our Handbook characterized same-gender marriage by a member as apostasy,” the church said in a statement. “While we still consider such a marriage to be a serious transgression, it will not be treated as apostasy for purposes of Church discipline. Instead, the immoral conduct in heterosexual or homosexual relationships will be treated in the same way.”

The church said it wants “to reduce the hate and contention so common today.”

The church will also change their policy on the children of same-sex couples, saying they can now be baptized in the faith without special approval.

The rules went into effect in 2015, causing thousands of LGBTQ and progressive members to leave the church over what the cruel treatment of their fellow church members.

“These policy changes come after an extended period of counseling with our brethren in the Quorum of the Twelve Apostles and after fervent, united prayer to understand the will of the Lord on these matters,” the statement said.

Nelson has frequently changed church doctrine to be more inline with modern society and the future of the church. Today’s announcement, however, has raised eyebrows since Nelson had presented the policy as a “revelation” from the previous President. Nelson’s revelation, however, less than four years later, reverses it.

While the church was a major funder of California’s Proposition 8 that took away marriage rights from LGBTQ people in 2008, they’ve recently backed off several of their most vociferously antigay stances. The church supported a hate crimes law in Utah earlier this year that included both sexual orientation and gender identity after decades of opposing it.

“The Trevor Project welcomes any faith group’s public commitment to treat the LGBTQ community fairly and equally, and this statement by the LDS Church to change course is a move in the right direction that will make a real difference in the lives of LGBTQ Mormons,” Sam Brinton, Head of Advocacy & Government Affairs for the youth suicide prevention not-for-profit, said.

“We hear from LGBTQ young people in crisis every day who struggle to reconcile being part of both the LGBTQ and faith communities, and decisions to end policies of exclusion can help LGBTQ youth feel seen, loved, and less alone.”