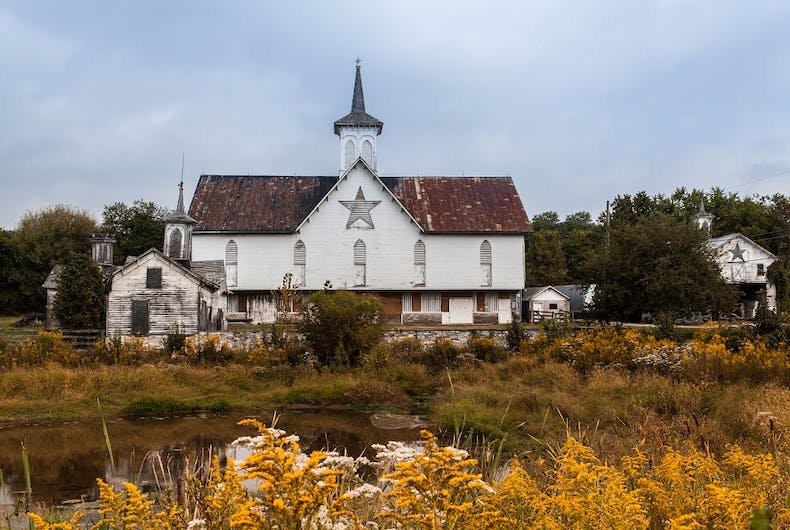 The owner of a famous wedding venue in Pennsylvania has come under fire for banning marriages between two people of the same sex from being performed on the property.

Star Barn, which has been on the National Register of Historic Places since 2000, is surrounded by 275 acres of farmland, an orchard, and a vineyard and is described as a “premier wedding destination” by PennLive.

Abel said that same-sex weddings are not be allowed on the property because they go against his religious convictions.

A statement of “core values” posted on the Stone Gables Estate website said that all the events they host must be “God-honoring.”

“We respect each individual as a member of our global community, as created in the image and likeness of God, and we will not tolerate discrimination against any one person,” the statement says.

But it goes on to say that it is perfectly fine with discrimination against an entire class of people.

“We provide marriage-related services as ordained by God’s Word, the Holy Bible, that are consistent with the written truth that marriage is the union of one man and one woman.”

The policy got attention last week when former school guidance counselor Steven Dinnocenti posted about it on Facebook.

He wrote that attended a friend’s wedding at the venue two years ago, when he didn’t know about the policy.

But now he says, “Never again will I step on there grounds.”

“Please read their Core Values and know that I for one will not be attending any wedding or party at this venue knowing they discriminate against people.”

The post has over 600 comments and almost 400 shares at the moment.

“We ask people to respect that we have core tenants in our faith and our beliefs and we cannot participate in any event that would be in contradiction to those core tenants – one of them being marriage, which has been biblically based for thousands of years as being between a man and a woman,” Abel said.