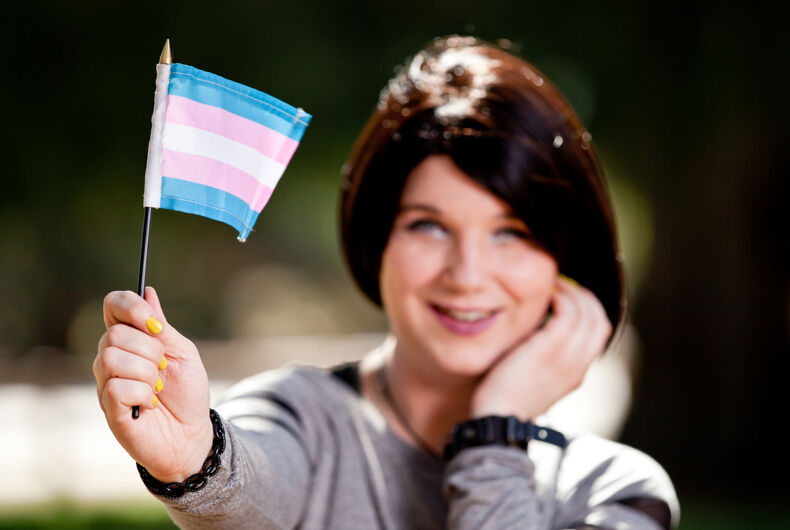 Family Research Council president Tony Perkins is up in arms that members of Congress displayed trans flags outside their offices last week in support of the Transgender Day of Visibility. The group has been classified as an anti-LGBTQ hate group masquerading as a Christian charity.

“Is it Capitol Hill or a transgender pride parade? In some hallways, it’s tough to tell,” Perkins writes on the group’s blog. “The same Democrats who think our military should take a backseat to gender-free validation are proving it by lining the walls of House office buildings with ‘trans equality’ flags.”

“It’s a jarring sight on the 5th floor of the Longworth House Office Building. A sea of baby blue and pink flags greets everyone who walks by — an unpleasant reminder of just where the new majority’s priorities are.”

Related: One of the first things this freshman Congresswoman did was hang a trans flag outside her office

Perkins, who got his start in politics with the help of white nationalists and former KKK leader David Duke, rounds out the piece with blatant lies about both transgender people and the history of trans people serving in the military. He also chastises the five Republicans who recently voted with Democrats to condemn Trump’s decision to ban trans servicemembers.

But the flag’s creator, Monica Helms, will have the last laugh. If the flags are “jarring” and “unpleasant,” Perkins is about to get a shocking surprise when his staff picks up the mail.

Helms sent him 1500 flags as a “gift” so he could decorate his own office and give some to his friends.

“Thank you,” she said on Facebook. “Your shout out helps our cause.”

After all, if the religious right is afraid of a pink, blue and white banner, they’ve already lost the battle.

Okay, friends. I just sent Tony Perkins 1500 Trans Flags as a "gift" from me, the creator. Here's the Gift Message I…

Is Congress about to hold hearings on controversy over Truvada patent?