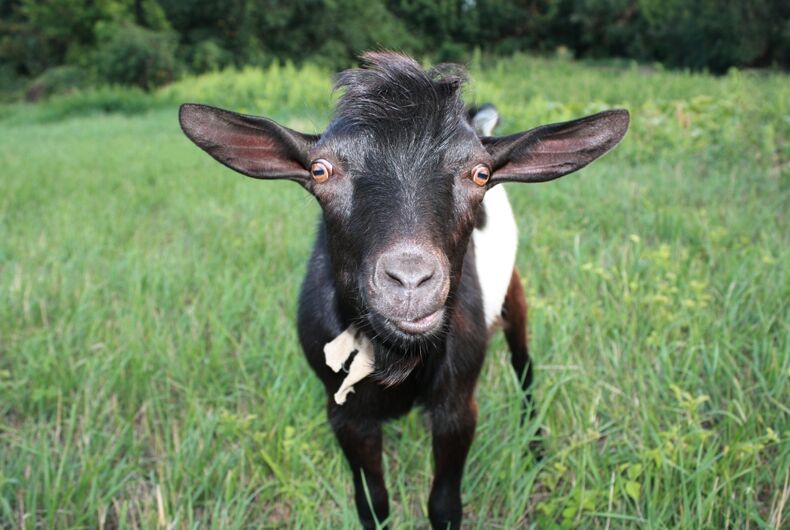 Buttigieg, of course, didn’t even utter the word “bestiality.” But that didn’t stop Erick Erickson from publishing a story on his website The Resurgent with the title “Mayor Pete Buttigieg Apparently Thinks Jesus Would Be Okay With Beastiality [sic].”

The basis for Erickson’s argument is that Buttigieg criticized conservative Christians for their opposition to women’s reproductive freedom.

And if it wasn’t perfectly clear to readers that the entire point of the blog post is to put the word bestiality – er, that is, “beastiality” – in a title with a gay man’s picture under it, Erickson said that Buttigieg can’t really be a Christian because he’s gay.

“Ironically, Jesus did say that marriage is between a man and a woman, and Buttigieg married another man,” Erickson wrote. “But he is not really Christian so much as he is Episcopalian.”

Erickson rose to prominence in movement conservatism when he became editor-in-chief of RedState in 2005. From 2010 to 2013, he was a contributor at CNN, and then he joined Fox News as a contributor.

This isn’t the first time he has used bestiality as an insult. In 2009, he referred to Supreme Court Justice David Souter as “a goat fucking child molester.”

A hate group will meet with Walmart execs about a gay dating ad, but they lied to get the meeting

California’s ‘travel ban’ to anti-LGBTQ states is a political trick. Here’s how it actually works.