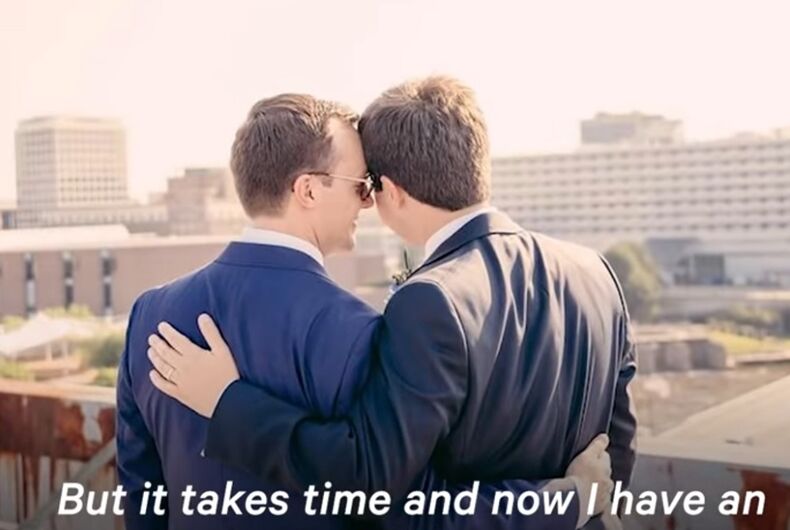 Chasten Buttigieg talked about his first date with Mayor Pete Buttigieg in a heartwarming video.

Chasten talked in a video produced by NowThis News about meeting Pete.

“Our first date – it was actually supposed to be coffee, but I got stuck in rush hour traffic getting out of Chicago,” Chasten said.

“So we moved it to dinner. And when I pulled up in front of his house to pick him up, he opened the door and we both said ‘howdy’ at the same time and then we both said, ‘what, that’s my word!’ It was kind of a cute meet cute.”

Related: Mayor Pete kissed his husband after he announced his campaign & it brought LGBTQ people to tears

Later in the video, he talked about the reaction people are having to his husband’s campaign.

“I’m really overwhelmed with the amount of mail I’m getting and the messages I’m getting from people across the country,” Chasten said.

“From teenagers who are living in small, rural communities, in traditionally red states, who are saying, ‘Thank you so much for stepping up and for being who you are. I really admire you and your husband for being really brave.'”