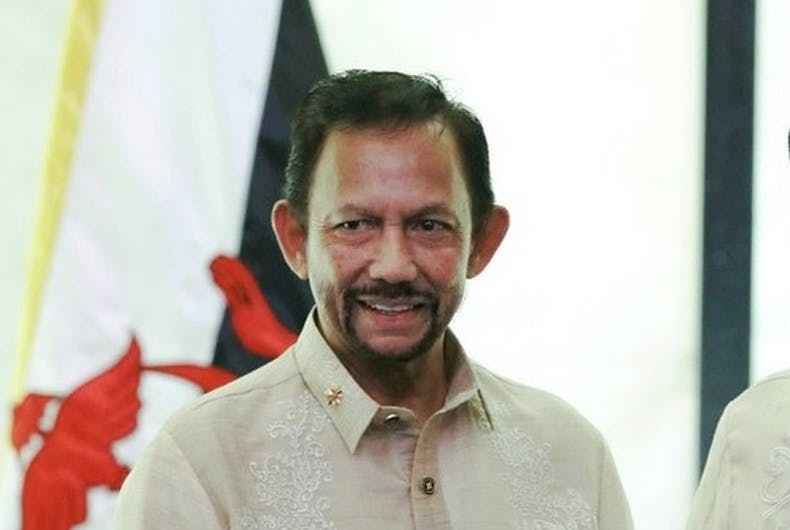 Responding to the recent UN condemnation of Brunei’s implantation of Shariah law – including stoning gay people to death – the country’s second minister of foreign affairs has responded.

In a letter sent to UN officials, Erywan Yusof writes that the change in the law is intended to “educate, deter, rehabilitate and nurture” citizens. Yusof claims that the “law system focuses more on prevention than punishment.”

While the official claims that he is reaffirming “its international obligations in promoting and protecting human rights as enshrined in the Charter of the United Nations and the Universal Declaration of Human Rights,” stoning someone to death is considered torture under the declaration.

After spitting out a few platitudes, the minister invokes religion as justification for the torture of gay people. It is the same excuse American religious right Christians make to justify their attacks on LGBTQ people as well.

Related: After lesbians canceled their flight to Brunei their travel agency says they need to pay huge fee

They support human rights, except when their religion tells them to hurt other humans, the logic goes. If the rest of the world was more tolerant of their intolerance, diversity would be somehow stronger.

“Brunei Darussalam takes pride in its sovereignty, and like all other independent countries, enforces its own rule of laws reflecting our own culture and religious values,” Yusof writes. “Accordingly, the realization of international human rights must be considered in the national context bearing in mind the diversity and different political, economic, legal, social, cultural, historical, and religious backgrounds of the world we share.”

“It must be appreciated that the diversities in cultural, traditional and religious values in the world means that no standard fits all. This necessitates tolerance, respect, understanding and the giving of policy space, especially for small states like Brunei Darussalam which strive to preserve their own traditional, religious and cultural values.”

Pete Buttigieg & his husband are planning to have a baby soon