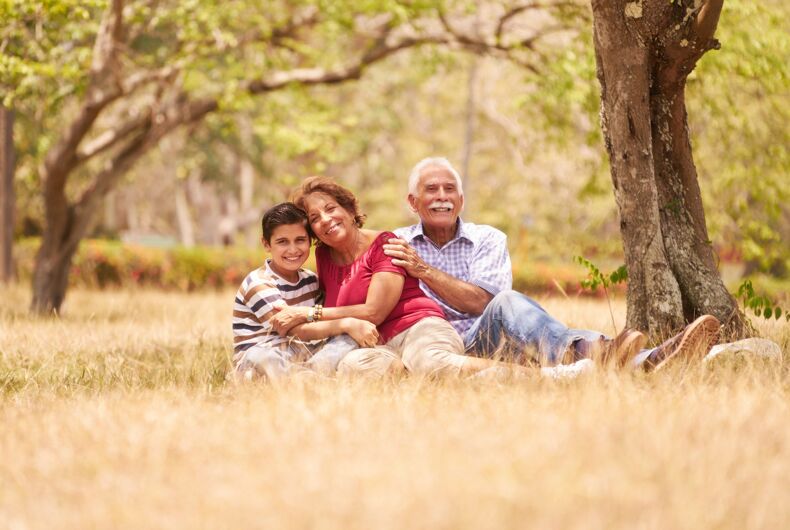 A study from AARP shows that tolerance for LGBTQ people is growing among older generations.

AARP, formerly known as the American Association of Retired Persons, surveyed 2,654 grandparents age 38 and up between August 20 and September 4 of last year, getting an idea of how engaged they are with their grandchildren’s’ lives.

Amongst information about spending and babysitting came some important takeaways about how survey respondents felt about their LGBTQ grandkids: Four out of five of those surveyed said that they would be accepting of a grandchild who is LGBTQ.

In response to the question, “If my grandchild came out as LGBT, I would accept him/her regardless,” 46% agreed, while 43% of those asked agreed strongly.

“In contrast to former generations, today’s grandparents are more accepting of their grandchildren’s different sexualities as well, with a majority saying they would support an LGBT grandchild.”

Non-binary identities still lag behind, however, with only 26% saying they’d support a non-binary grandchild — although 43% of those asked agreed that girls and boys should be raised the same.

The vast majority also agreed that it was important to raise strong, independent women.

Traditional roles are also shifting, with one in 20 grandparents surveyed preferring to be called by their first name instead of traditional terms such as “grandma” and “grandpa.”

Additionally, 34% of those surveyed have grandchildren of a different race or ethnicity from theirs, including mixed-race grandchildren.