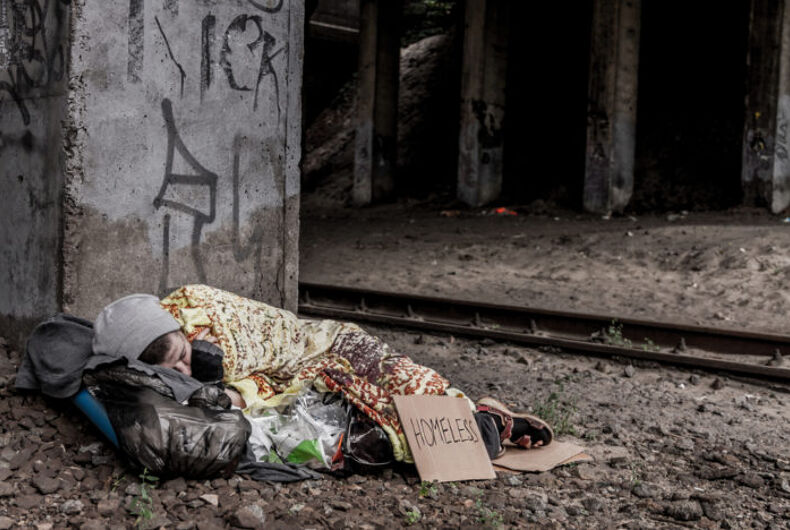 A lesbian couple filed a complaint against the transitional housing facility they once called home, after they were forced out.

Melanie Dingess and Leslie Conners were living at the The Gardens apartment complex in Newark, Ohio, a facility for people working toward independently living, like the homeless and people with severe mental health problems. The Gardens is managed by St. Vincent de Paul Housing Facilities.

The women were forced to leave after management allegedly said they did not want gay couples living together in the facility.

Dingess and Conners moved into The Gardens last January, but they were told a month later by director of operations for St. Vincent Donna Gibson that they were not welcome at the facility.

“The first week of February it was brought to our attention that there was a problem with gay couples residing at this residence,” the couple stated in the complaint. “Donna Gibson told us it was an issue coming down on her that we were gay and living in the same apartment.”

According to Gibson, it was her boss, executive director John Paul Munhall, who took issue to a lesbian couple in the facility.

“It was the end of January, beginning of February, when he said there’s girls here, both in the same apartment, and they’re a couple,” said Gibson to the Newark Advocate.

“I didn’t know where it was leading. I said what is the issue, and he kept saying they’re a couple.

“He said we can’t have a gay couple here. The Catholic Foundation would not fund us,” added Gibson. “I was dumbfounded.”

After Gibson told the couple to “lay low,” Dingess had a relapse, spending seven days in jail for drug use. When she was released, the facility denied her return and told Connors that she, too, would have to leave.

“I was more concerned at that point what [Munhall] might say to her,” Gibson said. “People have lost their lives when they’ve relapsed. We’re trying to help the addicted, not make it worse.”

“I said I’m not doing that,” she said. “I said you’re asking me to do stuff that’s against the law.”

Gibson left her job with The Gardens in October.

The president of St. Vincent Housing Facilities board, Tom Harvey, said in a statement: “The St. Vincent de Paul Housing Facilities have received the complaint from the Newark Fair Housing Board and believe the complaint to be groundless and intend to cooperate with the Fair Housing Board in its investigation. That is the only statement we wish to make at this time.”

The Garden opened two years ago and was originally designed for men who graduated from a related homeless shelter to help transition them to independent living. They opened to men, women, and families from the Salvation Army and New Beginnings after finding there weren’t enough men to fill the property.

This is not the first run-in for The Gardens, which has also faced complaints over barring unwed couples from the facility.

“The practice has been to allow unwed couples to enter the Gardens, but not live together,” said Harvey about that case to the Newark Advocate. “To my understanding, this was the first instance that we had to make those decisions.”

These actions have already caused United Way to reject an application for funding from the facility. They had previously provided $35,000 to St. Vincent Haven and $25,000 to The Gardens on Sixth. Emergency Food and Shelter Program, administered by United Way, had also previously given $11,177 to St. Vincent Housing.

United Way requires organizations to pledge not to discriminate in providing services. Organizations seeing funding with the United Way also have to sign a diversity and inclusion agreement in order to gain United Way resources.

Dingess said that she chose to file after speaking with another gay couple who had been denied use of the facility.

“I met with another couple dealing with John Paul, and some of the things they were going through and how they were being mistreated,” said Dingess. “And it made me realize it’s not just me and not the relapse, and it’s wrong and it’s heartbreaking.”

The United Methodist Church faces schism. How does it move forward?