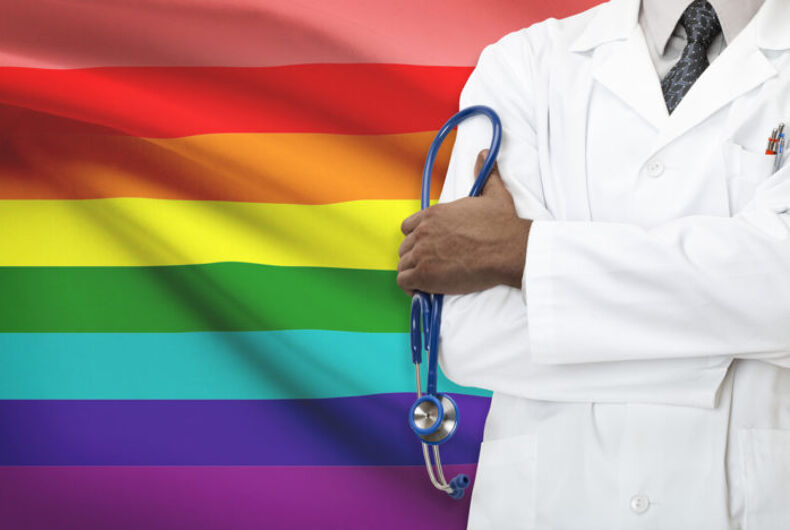 In his most recent State of the Union address, President Trump pressed to end HIV, and his current budget proposal requests $219 million dollars towards that pledge. Yet the majority of the states that the administration is targeting refused to expand Medicaid under the Affordable Care Act, aka Obamacare.

Alabama, Mississippi, Missouri, Oklahoma, and South Carolina opted out of expanding their Medicaid programs, and this move has caused these states to have higher uninsured rates compared to the rest of the nation. These states, along with Arkansas and Kentucky, also have some of the highest rates of HIV transmission in the United States.

According to the U.S. Department of Health and Human Services (HHS), southern states have accounted for nearly half of all new HIV cases in 2016, even while accounting for only 38% of the overall population.

In addition to the aforementioned states, HHS intends to focus their resources on 48 specific counties, as well as San Juan, Puerto Rico, but the lack of funding will force them to rely on federally funded community health centers to achieve their goals rather than using other methods to ensure that they can realize the President’s goals.

“I will say up front we did not assume any dramatic changes in the landscape of insurance, Medicaid [or] other coverage,” said Brett Giroir, the Assistant Secretary for Health at the HHS, quoted by the Washington Post.

HHS touted its plans to the finally-reformed Presidential Advisory Council on HIV/AIDS (PACHA). The council was defunct for more than a year after President Trump fired all of its members in January 2018.

Even without this extra hurdle, President Trump’s budget allotment of $291 million to fight HIV will not be sufficient to meet his goal to eradicate the virus in the US. His plan focuses solely on cutting the rate of new infections by 90%, but with the Centers for Disease Control and Prevention (CDC) reporting that 1.1 million Americans are HIV positive, locating and treating each would cost $25 billion, above and beyond the $20 billion the government already claims to spend in HIV care.

That the president himself has tapped into funds already in place for HIV and AIDS related care, including the Ryan White CARE Act, further calls this commitment into question, as well as the deep cuts to Medicare and Medicaid proposed by the Administration.