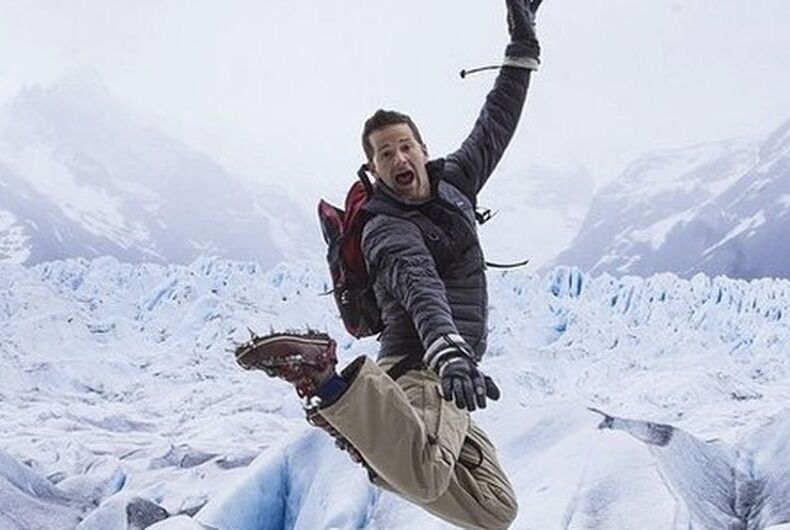 Federal prosecutors have announced they will drop corruption charges against former Congressman Aaron Schock. The totally-not-gay-at-all Republican was accused of using campaign funds for personal expenses including numerous trips around the world with his male “photographer.”

Schock’s excesses came to light after a reporter noticed the Congressman had redone his office in a “Downton Abbey-style” motif. The handsome and well-dressed young politician was known for his regular Instagram posts and a shirtless fitness magazine photo spread.

Schock’s sexual orientation was a source of regular gossip during his tenure in the nation’s capitol. Several prominent gay staffers and reporters had stories about the Congressman’s alleged peccadilloes. In 2014, journalist Itay Hod stirred controversy when he publicly outed Schock on social media; Hod claimed he had walked in on his male roommate and Schock showering together.

Schock’s defense attorneys filed a memo in federal court alleging the “prosecutor and agents have dug into every aspect of Mr. Schock’s life by any means necessary. No topic has been off limits. The federal government has even delved, repeatedly, into the most intimate details of his life, including repeated inquiries to witnesses into who he has slept with and whether he is gay.”

The completely heterosexual Schock was indicted in November 2016 for federal corruption, but his lawyers want the judge to dismiss the case because investigators “tainted” the inquiry by asking about his sex life.

“The government has investigated nearly every facet of Mr. Schock’s professional, political, and personal life. This even includes his sex life. It is no secret that there has long been speculative gossip in the media about Mr. Schock’s sexual orientation,” the lawyers wrote in the filing.

“The government’s inquiries into Mr. Schock’s sexuality and romantic relationships were not just distasteful and offensive. They were prejudicial.”

Schock will be required to pays back $42,000 to the IRS and $68,000 to his congressional campaign fund as part of a deferred prosecution agreement. If he does so, and stays out of legal trouble, prosecutors will drop the felony charges.

How queer is your state? A huge new survey found that 4.5% of Americans are LGBTQ