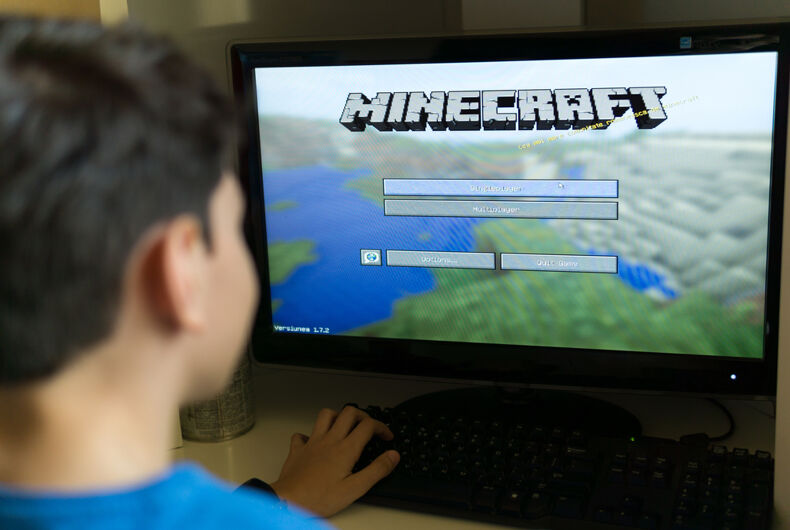 As many games and platforms become more tolerant of LGBTQ people, the creator of one of the most popular open world video games seems more than willing to share his ignorance via Twitter, posting several tweets about his (mis)understanding of transgender people.

Markus Alexej Persson, who goes by Notch, created Minecraft. The game, released in 2011, is the second-best selling video game of all time. It was acquired by Microsoft in 2014 for $2.5 billion.

“My sister thought she was fat and got dangerously thin. At no point was she,” said Persson.

He followed this up by saying that people who supported transgender people were “absolutely evil if you want to encourage delusion” by supporting transgender people, adding, “What happened to not stigmatizing mental illness?”

You are absolutely evil if you want to encourage delusion. What happened to not stigmatizing mental illness?

Persson walked his statement back slightly after people began to respond. In response to one transgender person who seemed to agree with his initial points, Persson said that transgender people were “inspiring as hell” and that he feels that choosing “to actually be who they know themselves as” is “cool.”

A day prior, Persson had also complained about pronoun usage, in particular attempts to regulate the use of pronouns.

Making it illegal to use the wrong pronouns

THEY ARE THE ONES USING THE WRONG PRONOUNS FUCKING HELL

Twitter users have, of course, let Persson know what they think of his opinions, with some trying to educate the developer.

The end goal is acceptance of yourself, and if someone has to go through a sex change to get to that, I don’t see that problem. At that point it’s not encouraging delusion, it’s encouraging change for the better

Most other users were less complimentary in their replies.

Can I get a yikes

Notch you're taking all the red pills pls stahp

Is being attracted to a person of the same gender a delusion too?

Persson is no stranger to controversy.

In 2016, Persson tried to mansplain the term “mansplaining.” later creating a new term that included a derogatory term for women.

“Stop #cuntfusing the issue by dismissing my words with a derogatory term about my gender,” said Persson in a now-deleted tweet from May of that year.

In 2017, he pressed for Heterosexual Pride Day, saying “If you’re against the concept of a #HeterosexualPrideDay, you’re a complete fucking cunt and deserve to be shot.”

He later attempted to soften the tweet, adding, “By a photographer … with a gun,” before eventually deleting the tweet altogether.

Eventually he seemed to throw up the white flag, Tweeting, “So yeah, it’s about pride of daring to express, not about pride of being who you are. I get it now.”

One can hope that he will eventually “get” what it means to be transgender.

Sexual torture of men by security forces is widespread in Syria