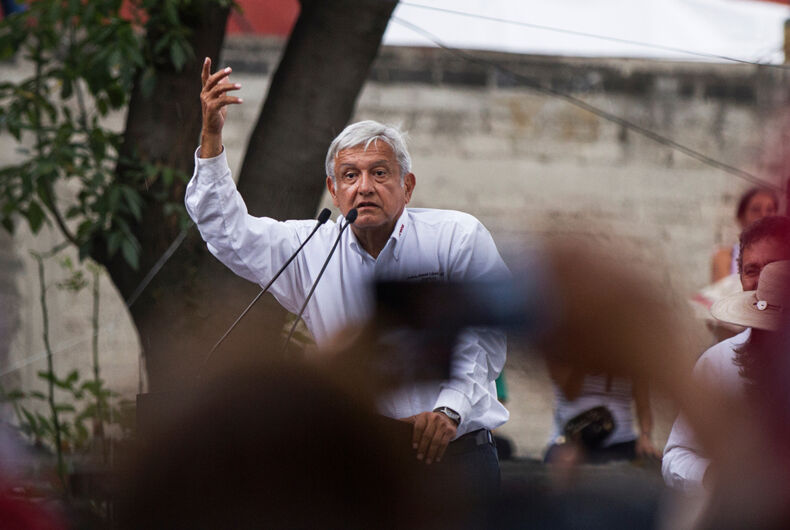 President López Obrador has halted public funding to civil society organizations and other intermediaries — many of which have worked with the Mexican government on HIV testing and prevention.

This move, ironically, comes as President Trump — in his State of the Union speech — pressed for more resources to combat HIV throughout the United States.

“I announced two days ago a memorandum, a circular so as not to transfer resources from the Budget to social organizations, to unions, to organizations of the so-called civil society, NGOs, to philanthropic associations, and nothing of that is going to be allowed,” said President Obrador in his announcement.

“Government support will be delivered directly to the beneficiaries.”

Since 2006, the National AIDS Program of the Ministry of Health (CENSIDA) has been in charge of getting funds to CSOs, with the understanding that those receiving funds were registered, had solid accounting, and paid their taxes. Since then, these organizations have flourished.

While the government itself also has done good work on their own to combat HIV, the partnership has helped them to do more effective outreach, with communities building their own programs to stop the virus, allowing these groups to have a greater impact.

For example, one of the groups most affected by HIV in Mexico are the users of injectable drugs such as heroin, many of which were deported from the United States, or who were unable to cross and settled along the border. In many cases, members of this group are less likely to receive government outreach, either due to a lack of trained personnel, social stigma, or because this community lives in dangerous areas that many do not wish to enter.

An organization named Vetver has been working to slow HIV and Hepatitis C transmissions amongst these users, providing first aid, clean syringes, and other care. The loss of funding could halt their work.

The move by Obrador is intended to halt corruption, even though there hasn’t been any evidence of same within the CSOs fighting HIV. The deep cuts to these programs, however, will likely cause many of them to disappear while others cut back on services over the financial strain being imposed upon them.

Halting funding for doesn’t stop with HIV cutbacks. The decision by President Obrador will also cut funding efforts related to human rights, shelters and other work around gender-based violence, and pro-environment programs.

Without the funding provided from the government, it is unlikely that these programs can continue, and certainly not without big cuts. Mexico doesn’t generally receive foreign aid or foundation dollars that could supplement these organizations, nor does it have a culture of individual donations.

It is worth noting that President Trump’s budget proposal includes $300 million to combat HIV and AIDS in the United States — but cuts four times that much from global initiatives to combat the virus.