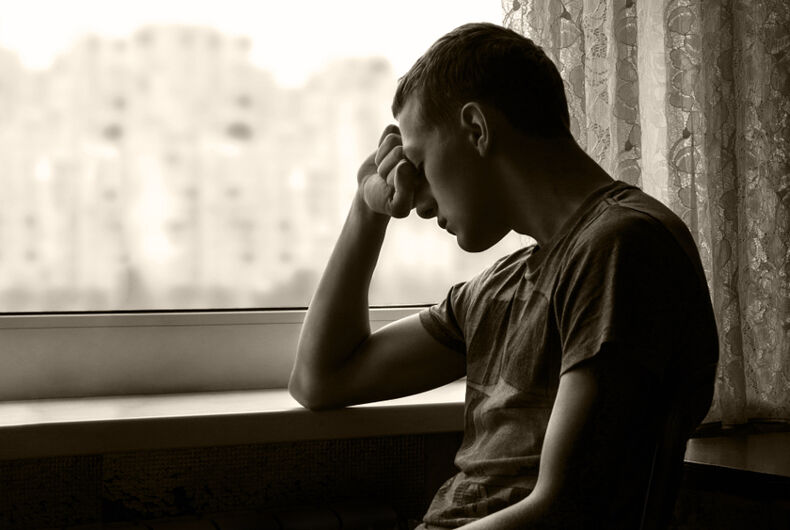 The Southern Poverty Law Center (SPLC) has joined with a law firm to file suit against a New Jersey group that continues to offer ex-gay conversion therapy despite a December 2015 court ruling telling it to shut down.

The group offered to “cure” people of their same-sex attraction (SSA) through counseling sessions where patients were asked to re-enact childhood trauma, get naked in front of counselors and beat a pillow that represented their mothers — one guy beat a pillow until his hands bled, according to SPLC Deputy Legal Director David Dinielli.

JONAH also held retreats where patients were told to shower naked together and embrace in long “healthy touch” sessions with their counselors.

But instead of disbanding and liquidating their assets as commanded by the courts, JONAH moved its assets into its re-branded group Jewish Institute for Global Awareness (JIFGA), says the SLPC. The SLPC also found that the group kept the same address, office and telephone number.

Dinielli says, the group has “continued to connect people who are ‘struggling with SSA’ with counselors across the country and to collect fees in connection with that.”

JIFGA has denied the claims and has been asked by the court to issue a formal response. If the case goes to trial, proceedings could start as early as this April.

However Mat Staver, founder of the anti-LGBTQ legal group Liberty Counsel, has asked the U.S. Supreme Court to take up this case. Staver claims that New Jersey’s 2013 ban against conversion therapy for minors violates religious people’s right to “free speech.”

In 2017, the U.S. Supreme Court refused to hear cases challenging these conversion therapy bans as a violation of religious freedom.