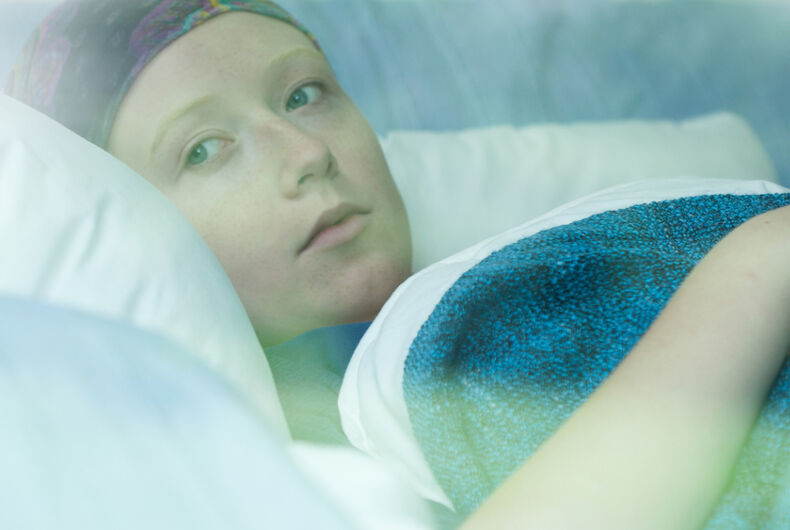 Transgender people often face concern about their quality of care at the hands of medical professionals. A third of trans people who responded to the 2015 U.S. Transgender Survey (USTS) reported negative experiences — such as verbal harassment or a refusal of care — with a health care provider.

Now, a report published in the Journal of Clinical Oncology show that 83% of oncologists respondents said they wanted to learn more about caring for trans patients. Yet, only 37% felt they knew enough to adequately care for trans people as a whole.

The survey was taken by 450 oncologists from 45 different cancer centers across the United States in order to gauge their ability to treat LGBTQ patients and their overall attitude and interest in the same.

When applied to LGBTQ patients overall, just over 70% of medical professionals expressed interest in learning about care. But yet again, many could only offer up “neutral” or “do not know or prefer not to answer” responses when quizzed on their specific knowledge or LGBTQ care.

Related: Medicine is failing gay and bi men when it comes to prostate cancer

What’s more, 65% of responding oncologists felt it was important to know the gender identity of their patients, compared to just 39% who felt they needed to know a patient’s sexual orientation.

This study echoes a similar study published in the Medical Education Journal which found that it wasn’t education but a care provider’s attitudes towards trans people that played the biggest role in determining how well-versed a medical professional is on the needs of trans and gender non-conforming patients.

Both studies highlight the need to better educate doctors on the specific health care needs of LGBTQ patients, particularly trans ones. This is doubly important within the LGBTQ population which often sees higher risk factors due to higher incidences of drinking and smoking.

These screenings were missed both because of the patient’s discomfort and because caregivers didn’t suggest these screenings when a patient changed their gender presentation.

With 0.6% of the population of the United States identifying as trans, according to the Williams Institute at UCLA School of Law, that’s approximately 1.4 million people who potentially are missing appropriate cancer care.

Some truths about the anti-Semitic controversy swirling around congress