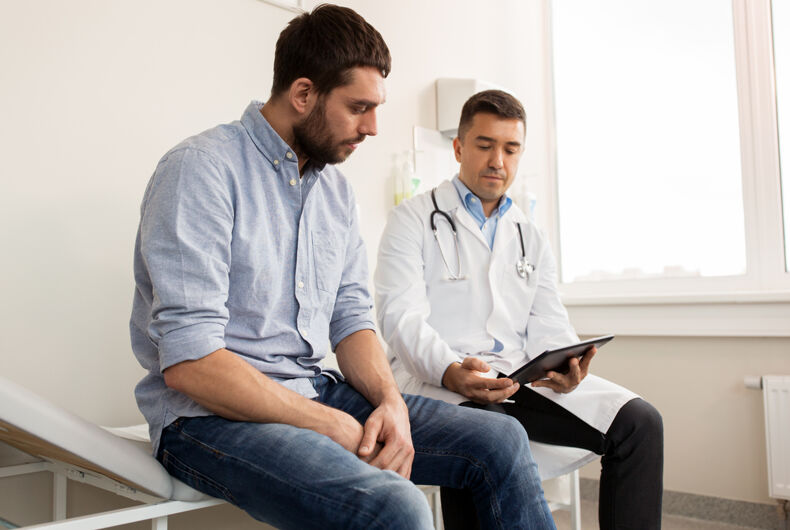 Prostate cancer is a big threat: According to the Centers for Disease Control and Prevention, approximately 13 of 100 men will end up with prostate cancer — two to three of those men will die from it.

With prostate cancer being such a concern, are gay and bisexual men not getting the screenings, diagnoses, or support that they need?

A study from early 2015 showed that men who have sex with men fighting prostate cancer were under-researched. They found only 30 published articles on the topic, and those contained little more than anecdotal reports or case studies: Only four quantitative studies were published at the time.

According to Dr. Simon Rosser and Dr. Bill West, who helped create the book Gay and Bisexual Men Living with Prostate Cancer: From Diagnosis to Recovery, the lack of research boils down to stigma around homosexuality. Some members of the medical community don’t want to ask straight men about their sexual orientation for fear of upsetting their patients.

Rosser and West are both separately married, gay medical professionals. They are also both survivors of prostate cancer.

“When my husband was diagnosed and had a radical prostatectomy, we reached out for help,” Rosser told NBC News. “We were amazed to see how little was out there. I realized there were no studies, no research. It was a neglected area.”

He doesn’t blame homophobia for the lack of information on gay and bi men with prostate cancer. Rather, he blames the medical community’s longtime focus on HIV/AIDS.

Bottoming can also be more difficult after treatment, since radiation therapy on one’s bowels leaves the area more sensitive.

Rosser is working to raise awareness of the needs of gay and bisexual men who may face prostate cancer. With a 99% possible survival rate for those who discover it early on, it becomes all the more important that top quality care remains available for men who have sex with men, helping end the stigma and myths as well.