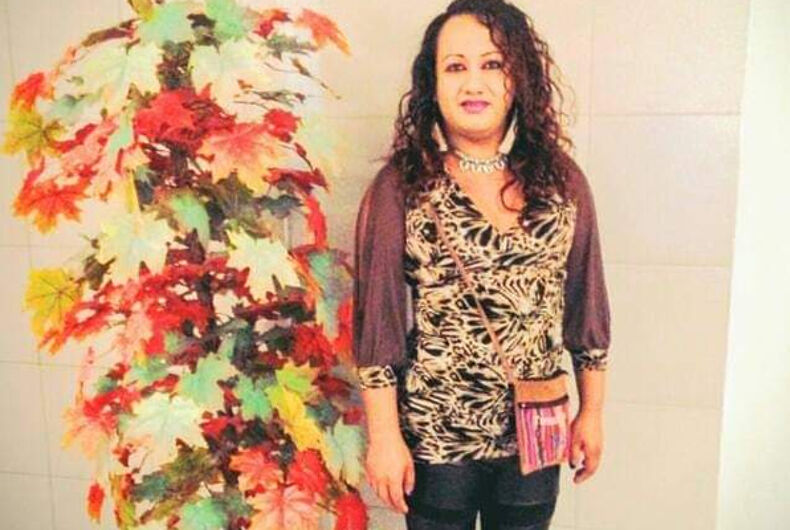 A transgender woman who failed to get asylum in the U.S. died after being attacked in El Salvador.

An organization that supports transgender people in El Salvador said that a woman who goes by Camila was reported missing at the end of January. They contacted hospitals in the area and found that she was admitted on January 31 and passed away on February 3 due to her injuries.

Last year, Camila came to the U.S. in a migrant caravan after being threatened in El Salvador.

Activists in El Salvador said that she was deported by the U.S. several months ago.

“She migrated to the U.S. because of threats that she had received, but she was deported because they didn’t believe her,” Aislinn Odaly’s, an LGBTQ activist, told the Washington Blade.

Camila was found in the Carretera de Oro highway near the country’s capital San Salvador. Investigators have not classified the murder as a hate crime.

She is the second trans woman killed in El Salvador this month, according to the Washington Blade. The other was a woman named Lolita who was killed with a machete.

“We want justice and that these cases are investigated and the reformed penal code procedures to be applied when those who are responsible are found,” said Ambar Alfaro, who works with a trans rights organization.

In 2015, sexual orientation and gender identity were added to hate crimes legislation in El Salvador.

The National Civil Police has not commented on Camila’s murder.

They ordered takeout at Little Caesar’s. Then they saw the slur on the receipt.