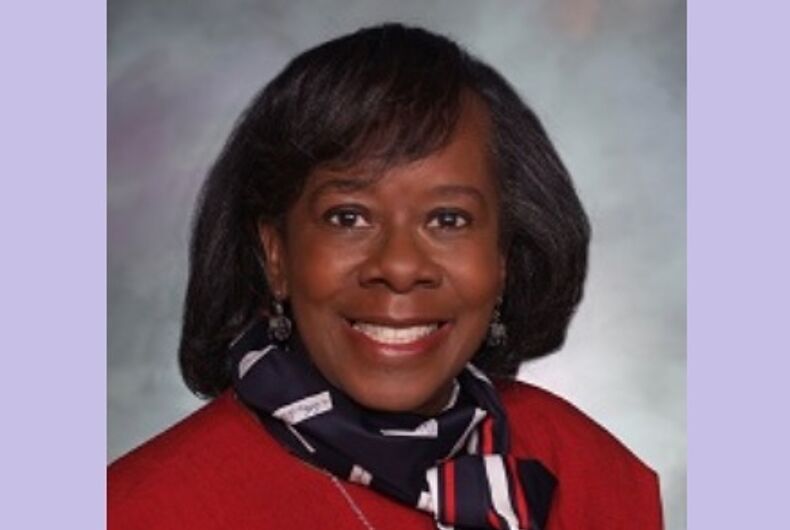 A Republican politician has been accused of comparing homosexuality to pedophilia and bestiality in front of a group of LGBTQ youth.

Wyoming Equality sent a letter to state senate leadership asking for an apology and a clarification that Wyoming senator Lynn Hutchings’s words were “unacceptable and inappropriate.”

According to the organization, they brought students from Gay-Straight Alliances to the state legislature for a civics day on February 1.

The students asked to speak with Hutchings about a law that would ban employment discrimination on the basis of sexual orientation and gender identity in the state.

“We are deeply concerned about the lasting damage Senator Hutchings has inflicted on the GSA students in her district and the reputation she has established for the Wyoming State Legislature,” the letter states.

Neither the Wyoming senate leadership nor Hutchings have commented on the complaint.

This isn’t the first time Hutchings has been accused of making homophobic comments.

In 2013, when Wyoming was considering a domestic partnership bill, Hutchings said that homosexuality is harmful and cited AIDS.

“Science does not evidence a genetic involvement to homosexuality,” she said. “It is but a choice. Being black is involuntary, it is not a choice. Homosexuals may choose who they want to be.”