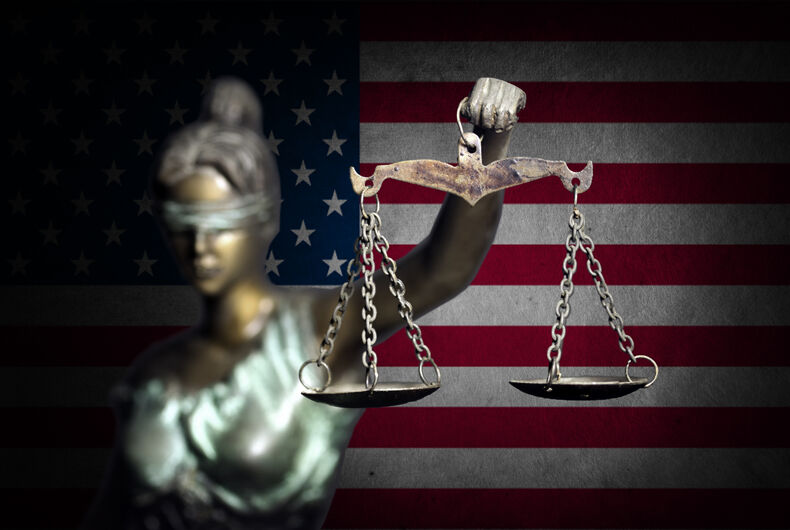 “Congress shall make no law respecting an establishment of religion, or prohibiting the free exercise thereof…”

This opening clause to the U.S. Constitution’s First Amendment was written and ratified to guarantee people’s right to practice the religion of their choice and refrain from adhering to any religious tradition without imposition by the government.

Or so thought Domineque “Hakim” Ray as he waited on death row for being convicted of killing 15-year-old Tiffany Harville in Selma, Alabama in 1995.

Scheduled for execution on Thursday, February 8, 2019, and being of the Muslim faith, Ray requested an imam, a person who leads prayers in a mosque, to be present in the execution chamber. While the state of Alabama allows a chaplain to be present, it expressly permits only a chaplain of the Christian faith.

The day before he was to be put to death, Ray’s lawyer took his request to the 11th U.S. Circuit Court of Appeals, which agreed to stay his planned execution to consider the plea. The state of Alabama, however, quickly appealed to the U.S. Supreme Court.

The U.S. Supreme Court, by a vote of 5-4, overturned the lower court’s stay, and Ray was executed by lethal injection as scheduled at 10:12 a.m. Thursday, with Ray’s imam separated outside the chamber in an audience of spectators.

While the majority justified their decision by asserting that Ray’s lawyers had waited too long to request an appeal–though they only just learned of the state’s denial of permitting an imam–writing for the minority opinion, Justice Elena Kagan mounted a blistering attack.

Kagan, one of three Jewish members of the Court, called the decision “unconstitutional.”

She called this “profoundly wrong” and a violation on the constitutional ban on establishing a state religion.

In recent years, the Court has ruled in favor of “religious freedom” for businesses and corporations even when these “freedoms” violated employees and customers’ personal freedoms.

For example, in the 2014 landmark decision in Burwell v. Hobby Lobby, the Supreme Court ruled that a “closely held for-profit corporation” can be exempt from any laws its owners reject on religious grounds if there’s a less restrictive means of furthering the law’s interest.

In this case, the Court’s 5-4 decision struck down a regulation adopted by the U.S. Department of Health and Human Services under the Affordable Care Act requiring employers to cover certain contraceptives for female employees. The case has larger implications by potentially giving other corporations religious exemptions from federal laws.

Another U.S. Supreme Court decision favored the owner of Masterpiece Cakeshop, Jack Phillips, who refused to bake a wedding cake for a same-sex couple in Colorado on religious grounds. In a 7-2 decision, it ruled the owner was within his constitutional rights as outlined in the First Amendment. Though the court decision was limited in scope to this one specific case, nonetheless, it too has wide-ranging implications.

The United States of America was founded on Christian justifications for oppression, utilizing so-called “religious” rationalizations for slavery, bans on interracial marriage, advancing racial segregation, opposing women’s enfranchisement and the rights of women to control their own bodies, opposition to public schooling, banning public education, eliminating services for people with disabilities, restrictions on immigration and voting rights, imposition of school prayer and so-called “Blue Laws” prohibiting Sunday sales, and many other areas of public policy.

Our founders, specifically James Madison and Thomas Jefferson, lobbied for the right of everyone in our country to hold any, or no, religious beliefs. This is a basic constitutional right, and more importantly, a basic human right to which we’re all entitled.

Many of the framers of the U.S. Constitution were aware of the dangers of entangling religion with governmental activities and public policy. We must ask, however, how “separate” do religion and government now stand in the United States?

This incident with Domineque Ray clearly demonstrates yet another example of the promotion and privileging of Christianity in the country.