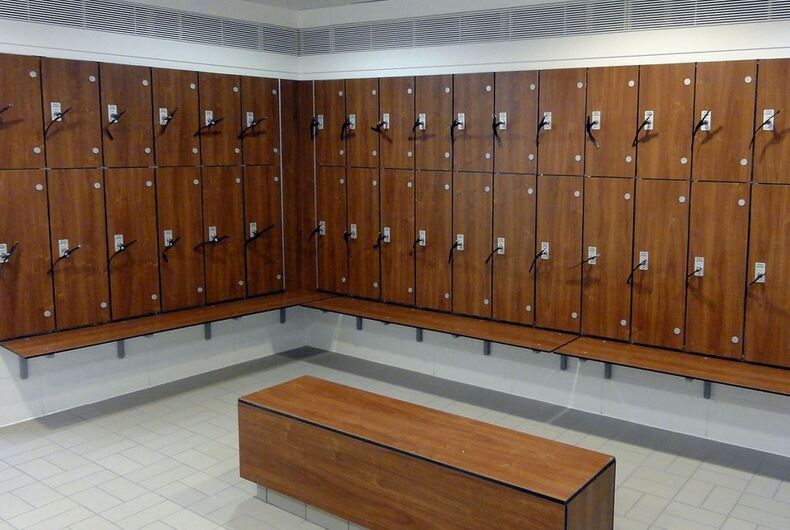 A historic ruling from the Missouri Supreme Court will allow a trans student denied the the boys’ locker room at his high school to sue for discrimination.

R.J. Appleberry filed a lawsuit against the Blue Springs School District in suburban Kansas City after being refused access to locker rooms and restrooms in accordance with his gender identity. Appleberry began socially transitioning 10 years ago, when he was in the 4th grade.

Everything seemed to be going well. The student’s birth certificate had been updated to match his gender identity and he was listed as male in the district’s records. Appleberry even played in school sports with other male students.

But Blue Springs High School administrators claimed they were drawing “a reasonable line when it came to changing clothes,” as the local news affiliate KBMC reported.

Appleberry’s lawsuit claimed he suffered “emotional distress” as a result.

“Being transgender is not a mental illness,” he said in a statement. “It’s not a phase. It’s not me saying, ‘Oh, I don’t feel like being a girl anymore.’ It’s truly what’s resonating within my soul and my body.”

RELATED: A school forced a trans teen to use an ‘enhanced privacy locker room.’ He’s suing

Four years after bringing a case against the district, Appleberry will finally have his day in court following a 5-2 decision from the state’s highest bench. A majority opinion authored by Missouri Supreme Court Judge Paul C. Wilson claimed the student’s complaint has legal standing.

“At this stage of the proceedings, that is all that is required of R.M.A; therefore, the circuit court should have overruled.”

The en banc ruling reverses a circuit court decision tossing out Appleberry’s case. Judges ruled he did not qualify as a member of a protected class because LGBTQ identity isn’t covered by the Missouri Human Rights Act.

The law offers protections on the basis of ancestry, color, religion, national origin, and sex.

The U.S. District Court for the Eastern District of Missouri ruled similarly on a recent lawsuit brought by a elderly lesbian couple, Bev Nance and Mary Walsh, who claimed a retirement community refused them housing because of their relationship. The women claimed they had suffered discrimination on the basis of “sex stereotypes.”

However, U.S. District Judge Jean C. Hamilton found that their treatment did not constitute sex-based discrimination under the Human Rights Act.

“Under [the] circumstances, the Court finds the claims boil down to those of discrimination based on sexual orientation rather than sex alone,” Hamilton wrote in January. “The Eighth Circuit has squarely held that ‘Title VII does not prohibit discrimination against homosexuals.’”

The lower court will now be forced to rehear Appleberry’s complaint, potentially dividing court opinion on the scope of the Missouri’s nondiscrimination laws.

LGBTQ advocacy groups hope the case will encourage lawmakers in the Missouri General Assembly to pass legislation explicitly outlawing discrimination on the basis of both sexual orientation and gender identity. Missouri is one of 29 states that lacks fully inclusive protections in housing, employment, and public accommodations.

“Allowing discriminatory policies and laws to stand harms our LGBTQ neighbors,” claimed ACLU of Missouri Executive Director Jeffrey Mittman in a statement. “We should all be working toward a more inclusive Missouri.”

Tony Rothert, legal director of ACLU of Missouri, added that the LGBTQ community “should enjoy the same protections… as everyone else.”

A lower court will now be forced to reconsider the case.

Richard Bruce Nugent, the queer rebel of the Harlem Renaissance