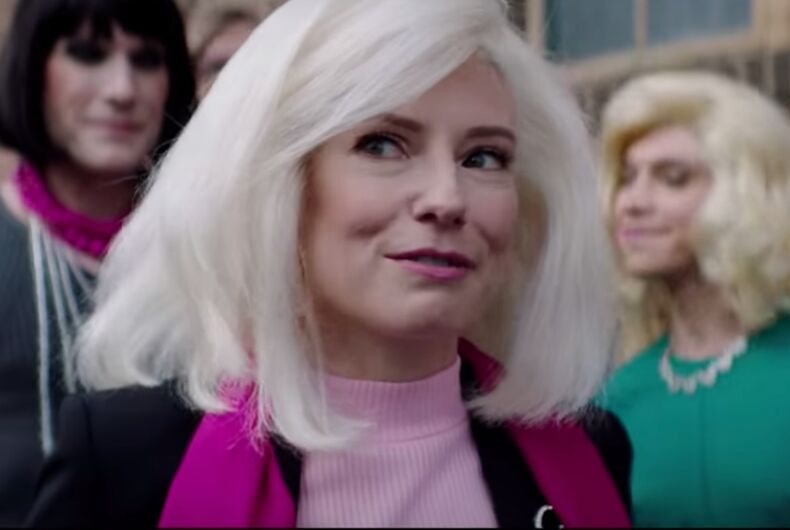 The hit Comedy Central series Drunk History has become a comedy sensation, and this time they’re tackling the story of Edie Windsor’s battle for marriage equality. The show gets participants drunk and asks them to retell stories from history while under the influence.

Alison Rich and Kirby Howell-Baptiste drunkenly narrate the story of Windsor’s relationship with her wife, Thea Spyer, and the subsequent legal battle following Spyer’s death. Windsor’s challenge to the Defense of Marriage Act was based off the higher inheritance tax she was forced to pay when the government refused to recognize the spouses as a married couple.

The Supreme Court ruled in Windsor’s favor in 2013, saying Section 3 of the law was unconstitutional “as a deprivation of the liberty of the person protected by the Fifth Amendment.” The ruling set the stage for a later ruling that overturned the entire law.

“When push came to shove, being who they were was revolutionary,” Rich told The Advocate. “In this day and age, I think it’s really great that people are being more motivated to get more active politically, but it can also be super overwhelming. Knowing that taking the small step of being who you are, maybe not to the whole world but to your family or on your micro-level can make a lot of change.”

While Rich got some of the facts hilariously wrong, her heart was definitely in the right place. And you have to admit, you probably would have made a mess of it too after a few drinks.

This man is under investigation for attacking a trans woman. He just beat a black man.