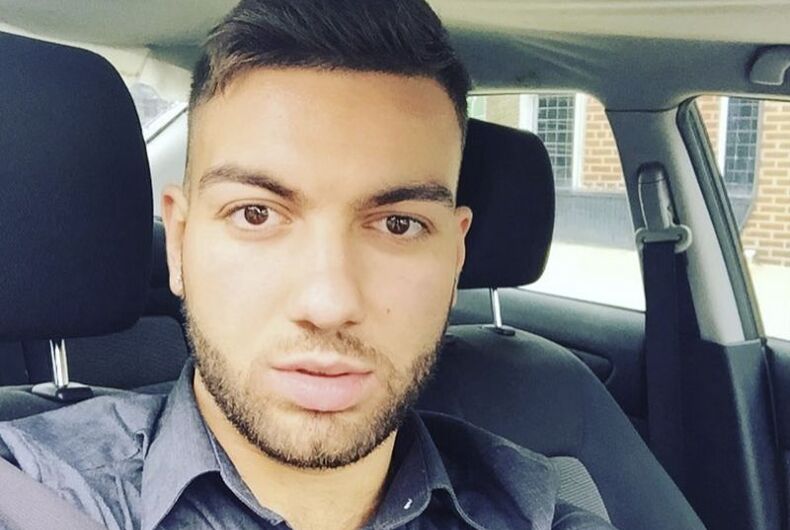 A man who was accused in 2017 of beating up a transgender woman just beat up a black man who he called the n-word, according to police.

Klevis Vulaj, 25, who is still under investigation for beating up a transgender coworker, left a club in Manhattan at 3:30 a.m. on Saturday night.

He and his friend Veton Balidemaj tried to walk through a construction site when a worker, Darrick Brown, asked them to cross the street.

One of the two men tried to hug and walk around Brown, who is black, instead of crossing the street.

When Brown tried to get them to cross the street again, they allegedly shouted, “What are you going to do about it n*****?”

Neither of the men are black.

“We’re out here partying and you’re out here working like a n*****,” they allegedly said.

Related: A man broke a woman’s spine after another woman kissed her in the subway

Vulaj shoved and punched Brown and he fell to the ground. Balidemaj allegedly kicked the 48-year-old construction worker.

The attack left Brown with severe cuts on his head and a fractured right orbital bone. He had to undergo surgery on Sunday.

“He’s not doing that good,” his mother, Geraldine Brown, told the New York Daily News. “The injury is around his eye. It’s been really bad.”

Beatrix Rubi Lacroix, a woman who worked with Vulaj several years ago, said that he targeted her multiple times because he’s transphobic.

“My hair is very long. He sneaked from the back, and basically pulled my hair back into his fist,” she said.

“He grabbed my hair from the root. He ripped all my hair out.”

“He’s a demon. This man put hands on me. This man bruised me, hurt me on many occasions. I was so afraid to lose my job.”

Police confirmed that she filed a report that is currently being investigated. She said that Vulaj threatened her after she filed the report.

Both Vulaj and Balidemaj were charged with assault as a hate crime in connection to the attack on Brown.

Over the course of 101 years, the nation’s longest-lived lesbian was always out & proud