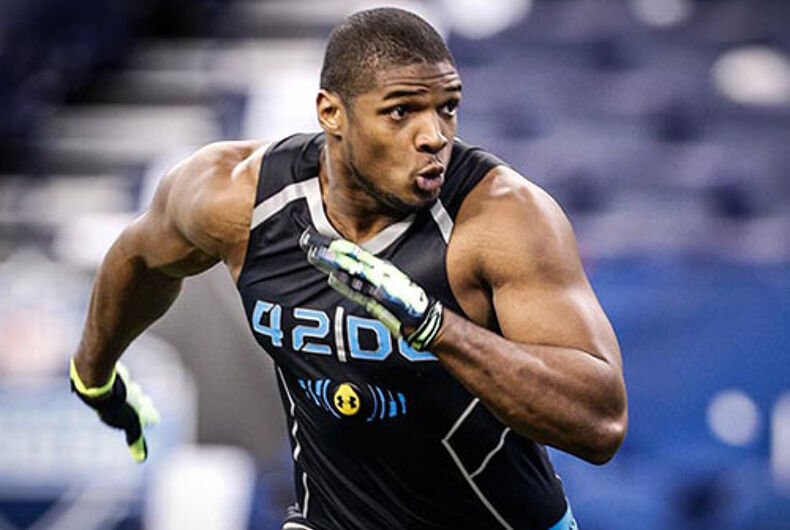 Former NFL player Michael Sam says he regrets coming out before the draft after most teams hesitated to sign him. Sam was eventually drafted in the seventh round by the St. Louis Rams.

During a speech at the University of New Mexico, Sam told students that he believes coming out in college hurt his chances of being picked up by a major league team.

Sam was cut from the team at the end of the preseason. He was never placed on the team roster.

Four days later, Sam was picked up by the Dallas Cowboys, joining their practice squad. Seven weeks later he was dropped by the Cowboys as well.

Related: Michael Sam says he heard from other gay NFL players after he was drafted

Sam also had a controversial stint in the Canadian Football League with the Montréal Alouettes. Shortly after signing with the team, he left for “personal reasons,” citing his mental health. Sam returned to the team briefly before leaving again.

“The NFL gave me a raw deal,” he said to the crowd on Tuesday night. “It was tough to forgive them. I love football. Football gave me an education and gave me the opportunity I so desperately needed at the time. I really am grateful for the sport.”

Sam’s celebratory kiss with his then-boyfriend after being drafted was broadcast live on television and became the talk of the nation.