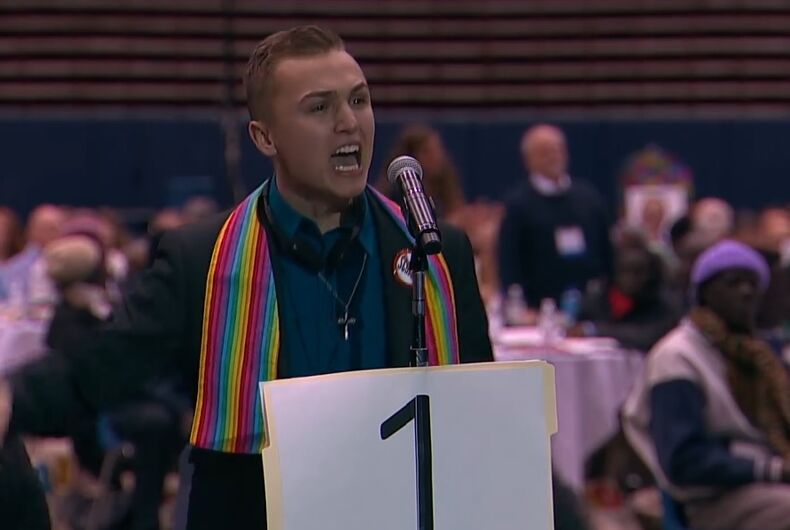 Yesterday, the conference decided to strengthen its anti-gay stance, adopting penalties for individual churches that violate its ban on marriage for same-sex couples and LGBTQ people in the clergy, reaffirming its 1972 statement that “the practice of homosexuality is incompatible with Christian teaching.”

Warren tried to explain to the other delegates why the homophobic policy would be harmful to both the church and Christianity.

“The pain that would happen from this crucifixion of putting the nails in our Methodist Church, the pain of this death might be worth a resurrection,” he said.

He explained that his ministry on his campus got more people to go to church by being accepting of LGBTQ people.

“We have brought people to Jesus because they said they have not heard this message before,” he said.

“They didn’t know God could love them because their churches said God didn’t.”

JJ Warren offered this impassioned plea for the full inclusion of LGBTQIA persons within The United Methodist Church. After a day filled with close votes, the room erupted in response to this moment of light.

Posted by Western Jurisdiction of The United Methodist Church on Monday, February 25, 2019