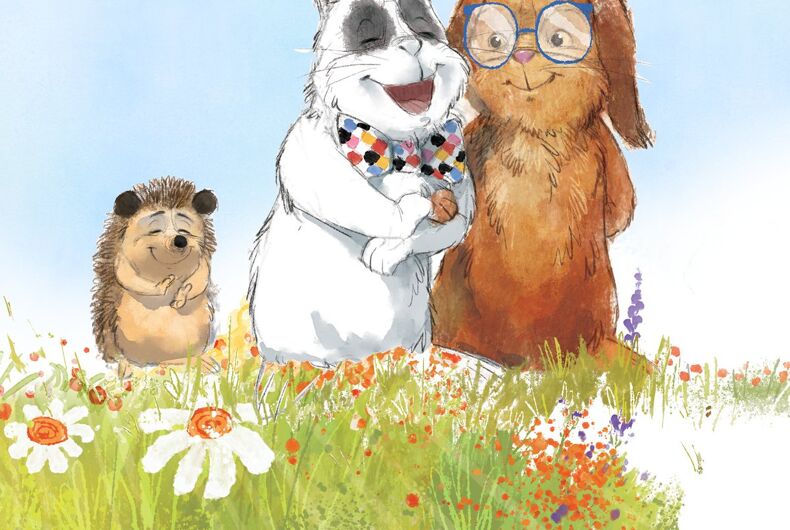 School district administrators in Seminole County, Florida have started investigating parental complaints over a first grade teacher at Pinecrest Elementary School who read A Day in the Life of Marlon Bundo, a children’s book about a male rabbit who marries with another male rabbit.

The book isn’t on the school’s approved reading list. The teacher who read it still teaching. The district won’t issue further comment until they complete their investigation.

Grandparent, Kraig Hudson told local news outlet WFTV 9, “I don’t think it’s fair they are not telling the other parents about what they read. Noah comes home one day and asks us if it’s OK for two male bunnies to get married. I said, ‘By our beliefs, no. But we do not judge nobody.’”

It’s unclear if Hudson has requested a full list of all approved books so he can help decide what ideas his grandchild should be protected from.

A woman named Wendy Curry who has a gay son told newscasters, “[Whether or not to present such material] is for me to decide at home: how I teach my child and what I feel they’re able to handle. It’s not something that should be in an elementary school.”

Related: ‘Will & Grace’ creator donated the gay bunny book to every elementary school in Indiana

We wonder if she feels the same way about any book depicting heterosexual relationships like The Berenstain Bears and Mary Poppins.

You may recall that the book in question was published in March 2018 by the staff of satirical comedian John Oliver as a way to troll Vice President Mike Pence.

Around the time of its publication, Pence’s daughter Charlotte and his wife Karen wrote and illustrated a similarly entitled book, Marlon Bundo’s A Day in the Life of the Vice President.

In that book, Marlon Bundo, the VP’s real-life pet rabbit, joins the veep in the Oval Office, the Senate and the Naval Observatory. The bunny then accompanies Pence as he reads the Bible and prays before bed.

In the parody book, the veep’s pet rabbit meets and falls in love with a boy bunny outside the VP’s home. A stink bug who resembles Mike Pence then forbids them from marrying, but the other animals disregard his disapproval and the rabbits happily marry.

The parody book ended up outselling the Pences’ original work—even Pence’s own daughter bought a copy. All of its proceeds benefitted The Trevor Project and AIDS United.