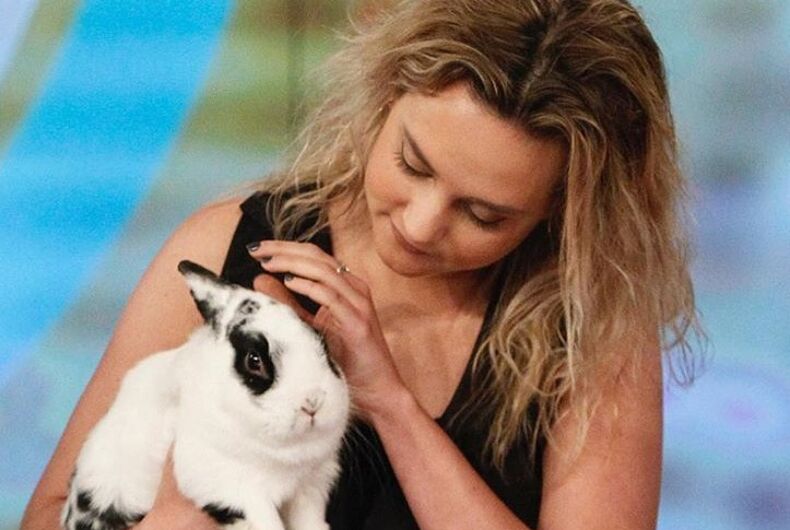 Earlier this week, John Oliver released a book about Mike Pence’s bunny Marlon Bundo entitled A Day in the Life of Marlon Bundo.

The children’s book tells the story of Marlon Bundo falling in love with another boy bunny and then being told by a stink bug – who looks a lot like Pence – that two boys can’t get married.

Oliver’s book was a response to the Pence’s book, Marlon Bundo’s Day in the Life of the Vice President, written by Pence’s daughter Charlotte, 24. The bunny isn’t gay in that book.

Oliver’s book has been selling better than Pence’s book, and even Charlotte herself bought a copy.

“It doesn’t have to be divisive,” Charlotte said. “I think that everybody can come together over Marlon.”

Oliver released his children’s book as a way to bring attention to Pence’s history of anti-LGBT policies and statements, including supporting conversion therapy as a way to stop HIV/AIDS, signing legislation that created a “religious exemption” to the law for businesses, and saying that marriage equality would lead to “societal collapse.”

He also has close ties with anti-LGBT hate groups like Focus on the Family and the Family Research Council, which he has been promoting as vice president.

Charlotte said that she understands that criticism of her father is “what freedom looks like,” but didn’t say if she disagreed with his positions on LGBT issues.

Now the religious right is targeting the Girl Scouts