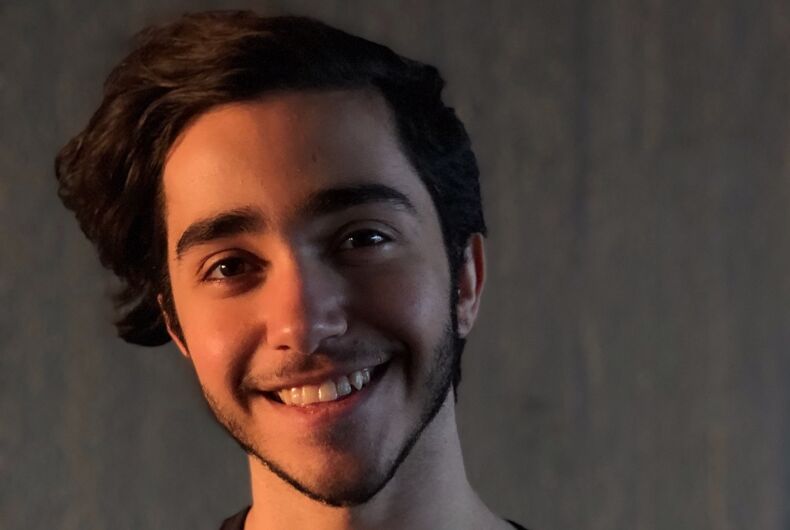 Mehdi Shokr Khoda is a gay Christian 19-year-old Iranian refugee seeking political asylum in Sweden. Sweden grants asylum for LGBTQ people escaping queer-phobic regimes, but Sweden’s Migration Board has previously said that it thinks Khoda is lying about his situation.

In two weeks, the Swedish government will decide whether or not to deport him back to Iran where he could face violence and execution for his religious affiliation and sexual orientation.

Two years ago, Khoda’s transgender sister fled to Sweden and was granted asylum. However, when Khoda himself applied, the Migration Board rejected his application stating that he had neither clearly explained his coming out process nor provided sufficient proof of his gay and Christian identities.

For example, Khoda only received an official Baptism after he moved to Sweden. Khoda claims this is because such rituals are dangerous in the Muslim-majority homeland and punishable there by death.

Khoda is currently dating a Swedish resident named Carlo Rapisarda. The two live together. But in order to marry, Khoda needs a resident card which isn’t being granted to him by the Swedish government.

Khoda is currently raising money to help his case. On the couple’s GoFundMe page, Rapisarda writes:

Apparently he was “not able to describe the typical steps one goes through when realizing that they are gay”, but as any LGBT person will tell you, such typical steps don’t exist! The process is quite different for each individual. We also think that their procedure violates this European Court of Justice ruling.

We are now trying the appeal this decision for one last time, but we need your help to deal with the legal expenses needed to defend our case.

In 2016, Iran executed a 19-year-old boy for having consensual sex with another man. The country allegedly allowed him no legal representation during his two-month trial. Iran imprisoned him for seven months after his conviction, eventually killing him by hanging.

An up-to-date guide to the crowded Democratic presidential field