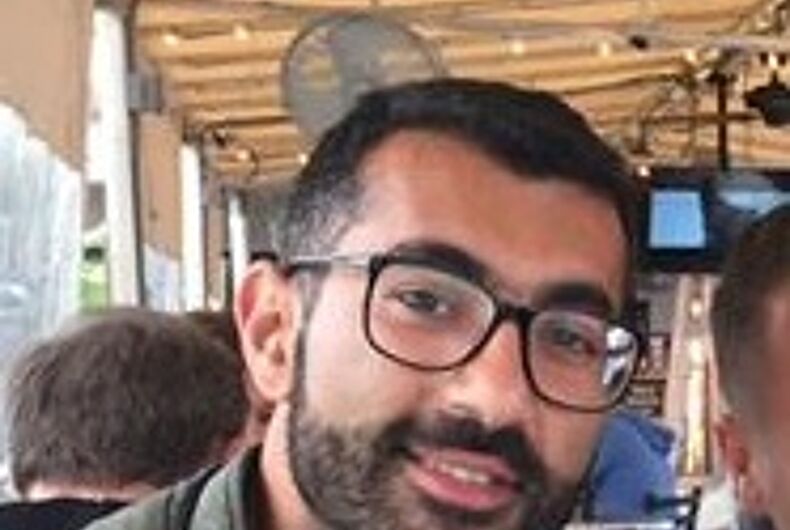 Maysam Sodagari, a passenger on an annual gay cruise with stops in Mexico and Haiti, was detained at the port by U.S. Customs officials Sunday morning.

Jaime Alejandro, Executive Director of the OUT Miami Foundation, posted on Facebook that Sodagari was told that he would be sent back to Iran, where homosexuality is punishable with whippings and death.

The chemical engineer who lives in San Francisco has a green card, began to worry about being sent to Iran while he was on the cruise, according to the Miami Herald. His friends tweeted at members of Congress and he posted messages on Facebook when they learned about Trump’s executive order barring citizens of several mostly-Muslim countries from entering the US.

While Sodagari has a valid green card to live in the US, there was confusion this weekend regarding green card holders. At first the Department of Homeland Security interpreted the executive order as not applicable to green card holders, but was then overruled by the White House. A judge then issued an injunction on removals of people who hold valid visas.

Currently, green card holders are allowed to re-enter the US but must undergo a secondary screening upon arrival.

At 9:30 AM Sunday morning, Sodagari posted on Facebook that he was being taken to the office of Customs and Border Protection. Three hours later, he posted, “I am free to go back home.”

Sodagari has not spoken with the media, but documented the entire experience on Facebook. Follow along with his ordeal below.