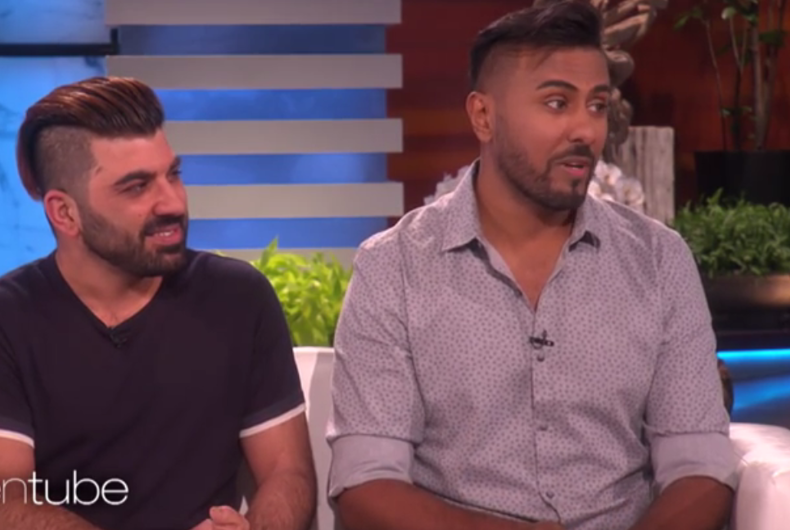 Nayyef and Btoo talked about how they had fell in love as soldiers in Iraq.Photo: Screenshot

Ellen talked with Nayyef and Btoo, two gay soldiers from Iraq who fell in love, came to the US, and got married.

The two men met in the military and fell in love, but weren’t able to publicly acknowledge their relationship due to the often violently homophobic environment in Iraq.

“So I was in Ramadi, and at first we saw each other 6 months before we really knew each other,” Nayyef remembered. “And he just got out of the shower, and his hair was very black and shiny in the sun and I thought, ‘Oh my God, who’s this beautiful guy?'”

Nayyef was an English translator in the military. He was called a “traitor” by militias and found out he was being followed, so he applied for asylum in the US.

Btoo couldn’t leave Iraq immediately, so they talked every day by Skype for four years before he too could come to the US. They are married now and live in Seattle.

Ellen had a big surprise at the end of the interview for the couple. Be sure to stay till the end to see it.

Watch: Protestors demonstrate against Trump’s Muslim ban in DC and across nation