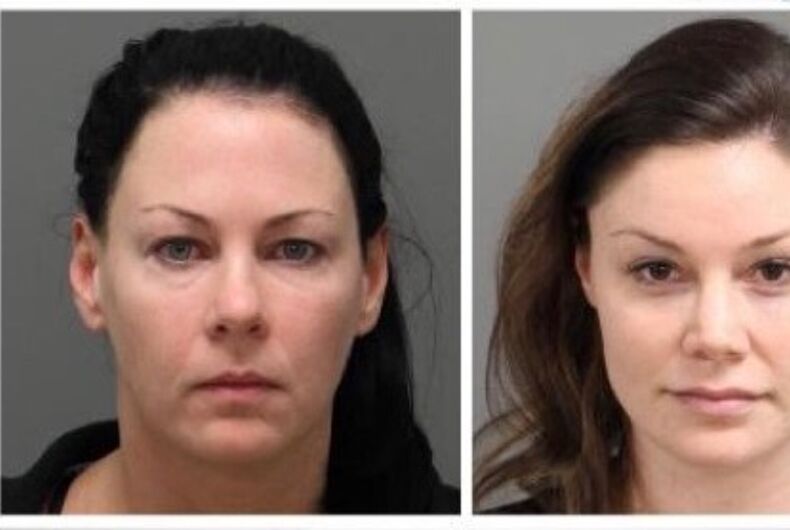 Amber Harrell, 38, and Jessica Fowler, 31, have been charged with second-degree kidnapping and sexual battery for allegedly groping a transgender person in a North Carolina bar.

The victim said she was in the restroom at Milk Bar in Raleigh, when the women started verbally abusing her, exposing themselves, and sexually touching her without permission. She said the abuse continued when she went back to the bar area.

A bartender noticed the women harassing the patron and repeatedly told them to stop.

The victim called 911 to report the incident, telling the dispatcher, “One of the girls is still touching all over me. She would not let go. I asked her numerous times. She (bartender) could see I was visibly uncomfortable.”

Witnesses said it was clear that the women had targeted the victim because they are transgender.

“Bunch of 5s handles all matters that threaten our patrons in a timely fashion to ensure their safety and ability to enjoy themselves at all of our locations. This matter was handled with cooperation and full transparency with the Raleigh Police Department and the detective that was assigned this case. Bunch of 5s and Milk Bar seek to continue to welcome all patrons into a safe environment,” the bar’s corporate owner said in a statement to local news station WRAL.

Both women have posted bond to get out of jail. If convicted, they will have to register as sex offenders.

Democrats are showing why the midterms mattered for LGBTQ rights