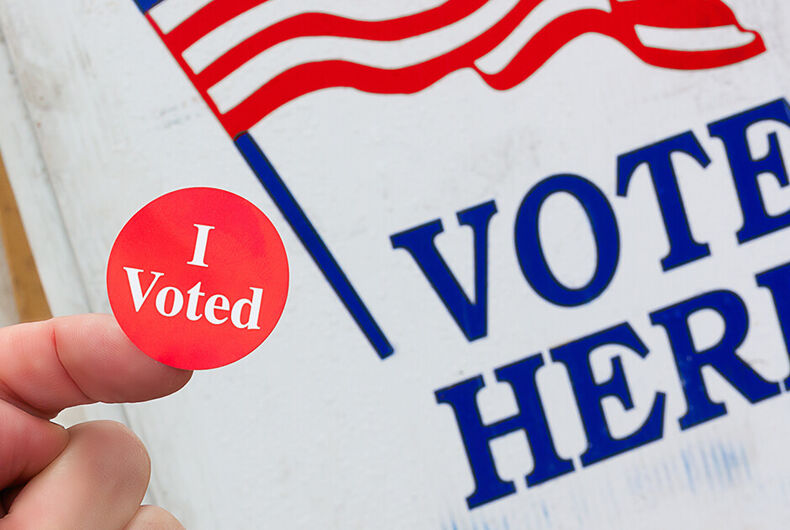 Just in case you were wondering if elections had any consequences, the Democratic winners from the midterms would like to provide you with an object lesson. In a series of moves, Democrats at both the state level and in Congress have moved swiftly to institute a series of LGBTQ protections that their Republican predecessors blocked.

On his very first day as governor of Wisconsin, Tony Evers issued an executive order prohibiting discrimination against LGBTQ state employees and anyone receiving state government services. “Each person in Wisconsin deserves to be treated with dignity and respect. This fosters sound government, society, and business, and it’s just the right thing to do,” Evers said.

Evers didn’t stop there. In the same executive order, he expanded the state’s Equal Employment Opportunity program to include initiatives that “emphasize harassment prevention and cultural diversity awareness.”

“If we’re going to attract the talented workforce our businesses need to create jobs and grow our economy, then we’ve got to get on the right side of history,” Whitmer said. “That’s what this executive directive is all about.”

Not to be left out, the new Democratic majority in the House of Representatives issued their own rule: a ban on LGBTQ discrimination when it comes to House employees or job seekers. “Government at its best works for the benefit of all Americans, not just the powerful and privileged,” openly gay Rep. David Cicilline said. “Protecting the rights of LGBT employees is just the right thing to do.”

All of these moves are on top of the record number of out members in Congress, to say nothing of the nation’s first openly gay govenor, Colorado’s Jared Polis.

The governors and House Democrats are highlighting two points. The first is that the Democrats see the LGBTQ community as a key constituency that they will turn to in future elections. The second is that the nondiscrimination measures are largely non-controversial, a change from even a decade ago.

That won’t stop Republicans from kicking up a fuss. Evers and Whitmer had to rely on executive orders instead of getting laws through their GOP-dominated legislatures. Another Republican governor could easily undo those protections.

All of which is a reminder of why the midterms did make a difference. And the 2020 election will too.