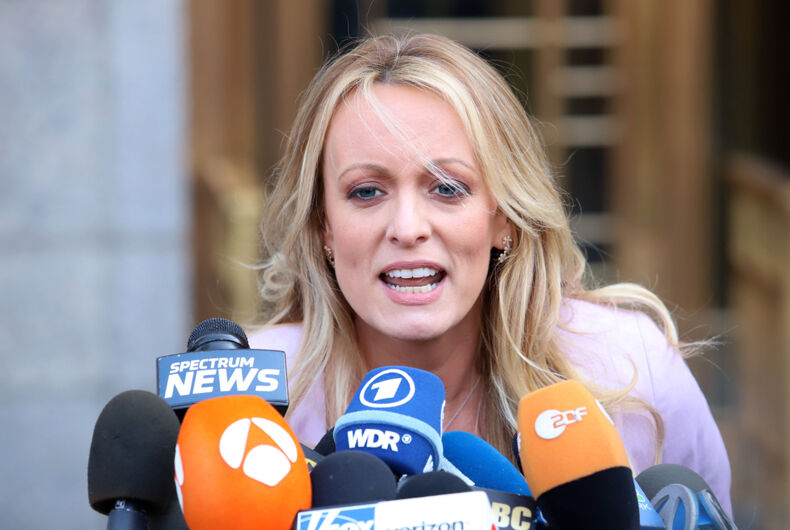 During an often-heated back and forth that started with with Fox personality Tomi Lahren, Stormy Daniels confirmed that she is bisexual, bragging about her sexual prowess in the process.

Lahren had initially been feuding with Daniels’ lawyer, Michael Avenatti, who was critical of the President serving a banquet of fast food to the Clemson Tigers football team after their National Championship victory.

Related: Stormy Daniels clapped back at Roseanne Barr so hard Trump’s Russian pals could hear it

I'd enjoy using my fists on her…take that how you will. *wink wink* Besides she won't be able to spew her nonsense with her mouth full. https://t.co/SI7ngI5j0S

Nope…I like to fuck men and women. It's called bisexual.

At that point, @BoroPark went on the offensive, trying to declare that Daniels’ would be too disgusting” for any woman to have sex with. Daniels once again responded in characteristic fashion.

And yet…here I am getting more pussy than I know what to do with. #winning https://t.co/y99GiXFED3

There has been no further statement from Daniels as of now.

She had a choice after her daughter came out. Her child or her church.

Kids know their gender identity at an incredibly young age