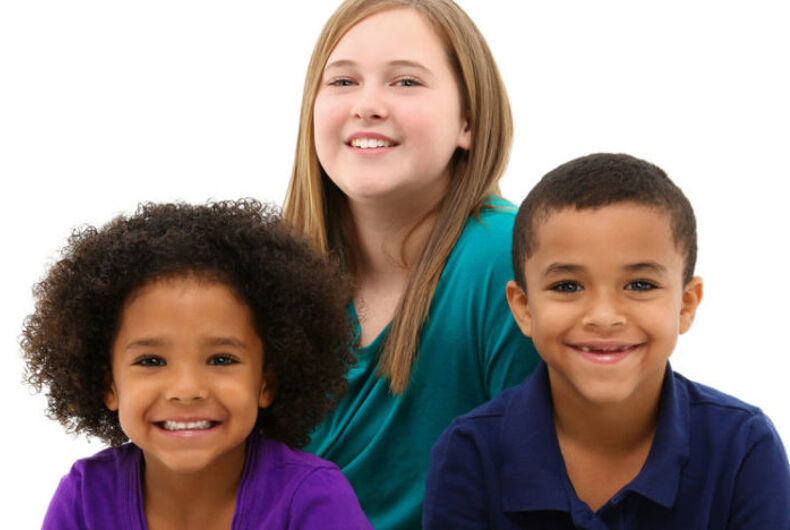 A new study found that strong gender non-confirming behavior in kids indicates a larger probability that they’ll transition later on and that transitioning early in life doesn’t affect a kid’s gender identity.

Kristina Olson, a psychologist at the University of Washington in Seattle, and her research team at the TransYouth Project published a study in Psychological Science on gender non-conforming (GNC) youth.

In the study, 85 GNC kids with an average age of seven were given a battery of tests about their gender identity and preferences. The tests asked if the kids liked playing with other girls or boys, if they preferred culturally-coded boys’ or girls’ clothes and toys more, if they felt more similar to girls or to boys, and if they identified as boys, girls, or neither.

Each participant was assigned a score based on their gender identity and preferences.

The 85 kids had not transitioned. Since the study was about pre-pubescent kids, “transitioning” meant changing the pronouns they used, which was often accompanied by changes in names and how they were socially perceived.

So these were children who were living as their sex assigned at birth.

Two years later, Olson and her team followed up with the families and found that 36 of the participants had socially transitioned.

The result held even when controlled for race, sex assigned at birth, parents’ income, and parents’ politics.

“There’s a lot of public writing focused on the idea that we have no idea which of these gender-nonconforming kids will or will not eventually identify as trans,” Olson told The Atlantic.

“Our study suggests that it’s not random. We can’t say this kid will be trans and this one won’t be, but it’s not that we have no idea.”

Olson said that that finding contradicts the media narrative that early transitioning will somehow change a child’s gender identity.

“It’s not like you can take a blood sample or do an MRI,” Aaron Devor of the University of Victoria said.

“One of the phrases often used is ‘consistent, persistent, and insistent.’ When you get that constellation, that kid is also a kid who might want to transition. And that’s what [Olson’s] research is corroborating. It adds some very valuable data.”

The study, of course, is not the final word on the topic. Olson said that her sample size is fairly small and the families were fairly wealthy and liberal.

And further studies will see if her results can be replicated.

But the study is an important rejoinder to other studies of GNC youth that have found that simply being labeled GNC does not automatically mean that a child will transition later on.

Instead, this study suggests that further research is needed, research that analyses a child’s degree of gender non-conformity and focuses on tests that get at a child’s gender identity and not just parents’ worries that their child isn’t masculine or feminine enough.

Stormy Daniels comes out as bisexual