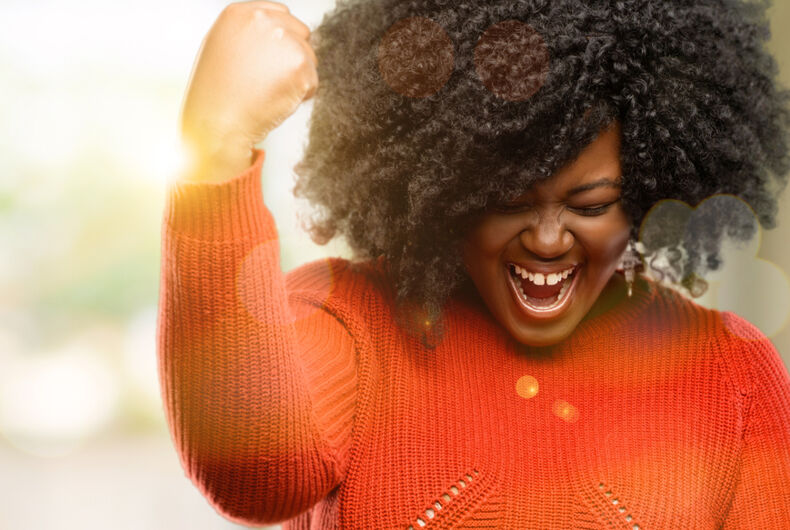 As applause broke out in the State Senate, New York has passed a comprehensive package of protections for transgender people, passing the State Assembly 100-40, and the State Senate 42-19. It will now head to governor Cuomo’s desk, where he is expected to sign.

GENDA adds gender identity and gender expression as protected classes in New York’s human rights and hate crimes laws, and prohibits discrimination in several areas, including housing, employment, and public accommodations such as restrooms. The inclusion of these categories also allows for enhanced penalties for crimes against transgender people as a class.

State activists were elated with the passage.

“It is just amazing,” said Luca Maurer. “As a person who has been involved for a very long time, since before the previous SONDA act was prosed and passed, this is amazing news. I’m having a lot of different feelings, but I’m over all I’m feeling overwhelming gratitude. I’m happy I was able to play a small part, but we stand in the shoulder of those who came before us, and the tremendous sacrifices of so many other transgender people before us.

Maurer is the Program Director for The Center for LGBT Education, Outreach & Services at Ithaca College. For him, this bill is a recognition of the lives transgender people live every day.

GENDA has passed in the state’s Assembly every year since 2008, but has never made it through the Senate, which has been staunchly Republican. Now, with a Democratic majority, the bill has finally been able to move.

The bill passed out of the Senate committee yesterday for the first time, before going to the senate floor today.

The bill, known as the Gender Expression Non-Discrimination Act (GENDA), was first introduced in 2003, and has been a part of nearly every legislative session in the state since then.

GENDA grew out of the Sexual Orientation Non-Discrimination Act (SONDA) bill, which passed in 2003, after protections for gender identity and expression were removed, a point that has frustrated and angered transgender activists for more than a decade.

As a result, transgender activists at the State Capitol, were excited to see this historical day come to pass.

“The energy on the ground in Albany is palpable,” said the head of Freedom for All Americans, Masen Davis, to LGBTQNation. “Some of the activists here have been pushing for GENDA for 17 years; others are in the Capitol for the first time. Regardless, trans folk and allies are buzzing about how important this bill is to their sense of safety in the state.”

While 22 states have at least partial LGBTQ protections, three — Wisconsin, New York, and Utah — lacked full protections until today, with the win in New York reducing that number by one. Nevertheless, 28 states lack any statewide LGBTQ protections.

Much of existing civil rights law has been used to protect people at the Federal level, there is no specific language protecting LGBTQ people, and the issue of existing coverage remains hotly contested under the current administration.

“Days like this demonstrate that despite the attacks coming at us from the Trump Administration in Washington DC, states are forging ahead in the fight for full LGBTQ equality and acceptance,” said Zeke Stokes, Vice President of Programs at GLAAD. “New York can be a model for the nation when it comes to standing up for transgender and non-binary people, who deserve to be treated fairly and equally under the law.”

In this US city, women are using paper towels & tissues because they can’t afford tampons