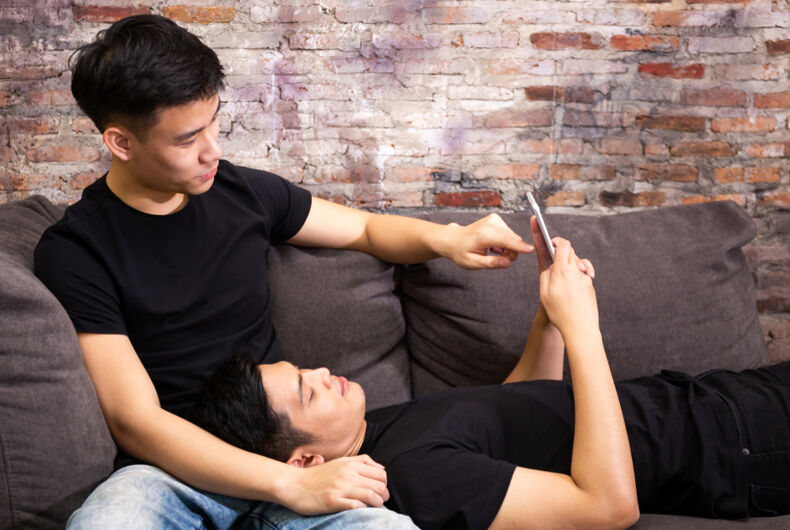 Blued, the largest gay dating app in the world is halting new user registrations for a week after reports of an increase in HIV infections in young people using the app to arrange dates.

Blued, based in China, has a user base of over 40 million people, including 12 million outside of the country.

Caixin, a Beijing-based financial magazine, reported on Sunday that many underage Chinese people were using the dating app by falsely claiming to be over 18.

Caixin, citing sexologist Zhang Beichuan and an unnamed Chinese LGBTQ community welfare group, claims that underage users of the app are forced into having unprotected sex with older users, and are becoming infected with HIV as a result.

While homosexuality has been legal in China since 2001, discrimination and prejudice remain, hand-in-hand with occasional government crackdowns. The allegations could spell trouble for the app’s makers, who haven’t yet faced opposition from the government, but could end up under increased scrutiny over the Caixin allegations.

In response to Caixin’s article, Blued has taken the move to shut down registrations for a week, giving the makers of the app time to review the claims, as well as begin a “comprehensive content audit.”

“Blued always forbids juveniles from logging on and using the app,” said the company in a statement released on their account on China’s Twitter-like social media forum, Weibo, in response to the controversy. The app also claims to use artificial intelligence to weed out pornographic content.

Blued’s founder and CEO, Ma Baoli also responded to the arguments, noting that Blued has long has resources available in the app about HIV and AIDS prevention for years.

“What we have done on AIDS prevention is seen by all,” Baoli told CNN. “We probably are the best and we have done the most. Our priority now is to supervise and examine our content.

Baoli, who is also known as Geng Le, also stressed that the app doesn’t allow people under the age of 18 to use the application, but has promised to improve its ability to find and remove accounts from underage users.

Blued was released in 2010, and is backed by Beijing News, a state-run media organization and other Chinese investment firms. In addition to matching users, it also boasts additional features, such as livestreaming and e-commerce.