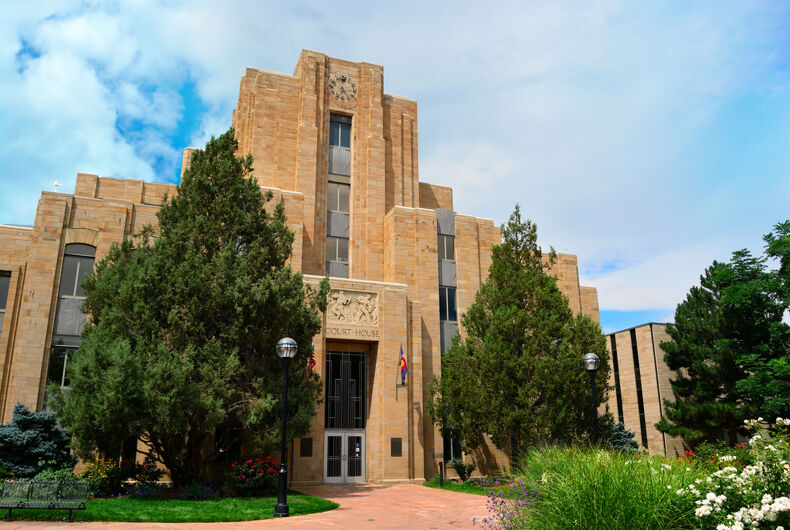 Over 40 years ago, a newly elected, miniskirt-wearing straight feminist in Colorado stumbled into history when a gay couple denied a marriage license sought her help instead.

While the college town of Boulder has a liberal reputation now, it was deeply divided over gay rights in 1975, and few, including Clela Rorex, had thought about same-sex couples marrying. Seeing a parallel with the women’s movement and finding nothing in the law to prevent it, the 31-year-old county clerk agreed and granted a total of six licenses to gay couples before the state’s attorney general at the time ordered her to stop.

Now the Boulder county courthouse has been added to the National Register of Historic Places for its role in LGBTQ history as the first place to issues a same-sex marriage license.

“It’s so exciting to acknowledge Boulder County’s role in the history of the equality movement,” Boulder resident and Governor-elect Jared Polis said to a group gathered at the courthouse for a ceremony to mark the honor. “Clela was truly ahead of her time.”

“She experienced a lot of hateful people when she started issuing those licenses,” Mardi Moore, executive director of Out Boulder County, told the Daily Camera. “I know why I’m in the fight. It’s for selfish reasons, not always, but I want my rights. … She had no dog in the fight. She stood up.”

Rorex said that local officials didn’t want her to win the race because they thought a man should have the job. So when the gay couple walked into her office, she saw the issue through that lens.

“As a woman, I’m asking for my equal rights,” she said at the ceremony. “How can I deny someone else? It just felt like the right thing to do. I’ve never changed my mind. All these years, I never wished I hadn’t made that decision.”