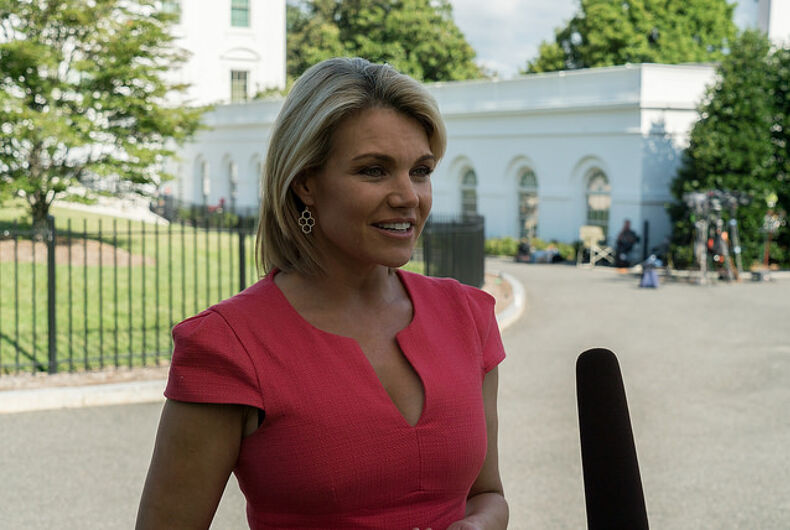 Fox News host turned Trump administration shill, Heather Nauert, has been nominated to replace Nikki Haley as UN ambassador. While most of America has focused on her complete lack of qualifications for such a prestigious position, religious right activist Peter LaBarbera has his worry-meter set to high for a completely different reason.

LaBarbera is the head of Americans for Truth About Homosexuality. The group has been designated an anti-LGBTQ hate group by the Southern Poverty Law Center.

“Pro-LGBTQ activism and advocacy was a fixture of the Obama years, and social conservatives hoped it would stop under President Trump. Yet it persists, usually through official recognition of special LGBTQ activist “days” like [Spirit Day],” LaBarbera writes on his group’s website.

“If Nauert becomes one of the world’s most prominent international ‘gay/trans rights’ advocates, it would be a significant betrayal of Trump’s electoral mandate and a great victory for the powerful leftist social forces pushing American-style immorality on the world.”

What did Nauert do that has LaBarbera so concerned? She acknowledged a campaign that seeks to combat bullying at the start of a State Department press conference. She was wearing purple to participate in “Spirit Day.”

“Today, along with many of my colleagues here at the State Department, including members of the LGBTI community, in association with GLIFAA (a group that represents LGBT and intersex Foreign Service members), we are — many of us are wearing purple today to celebrate Spirit Day,” she said.

“On Spirit Day, we speak out against bullying of lesbian, gay, bisexual, transgendered and intersex persons and stand with LGBTI youth who disproportionally face bullying and harassment because of their identities.”

“Our global policy is to oppose violence and discrimination targeting LGBTI persons, including from governments and non-state actors,” she added. “Spirit Day is about the freedom to be oneself without fear of violence or intimidation. Dignity and equality for all persons are the founding constitutional principle of U.S. democracy and they will continue to drive our diplomacy.”

She attends gay weddings as a ‘stand-in mom.’ Now they’re making a movie about her.