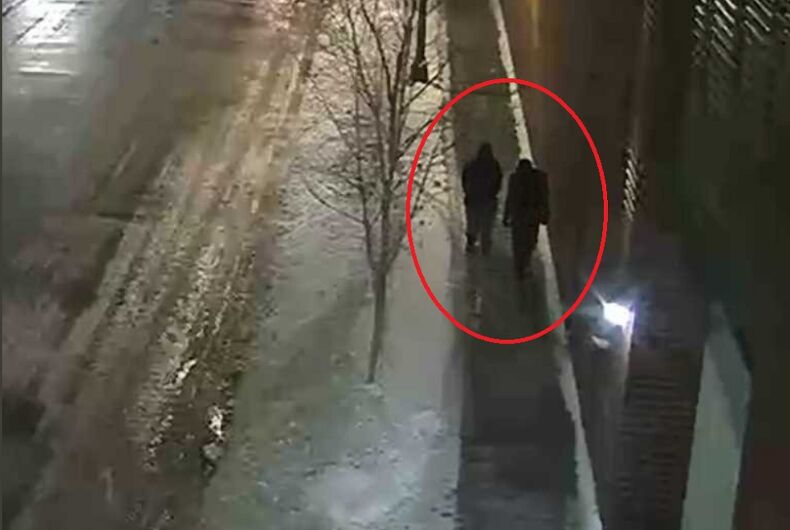 Chicago Police have released images of two people of interest in the racist and homophobic attack on actor Jussie Smollett.

Earlier this week, Jussie Smollett was beaten by two white men when he was in Chicago to return to work on the show Empire. Smollett said the attackers used the n-word and “faggot,” place a noose around his neck, and poured bleach on him.

When police arrived, Smollett had cuts and wounds and still had the noose around his neck. He went to the hospital after talking with police.

The attackers were wearing ski masks and have not yet been identified. In order to help with their search, Chicago Police have released an image from a camera that they believe could show the attackers.

Photos of people of interest who were in area of the alleged assault & battery of Empire cast member. While video does not capture an encounter, detectives are taking this development seriously & wish to question individuals as more cameras are being reviewed pic.twitter.com/xJDDygtocr

The camera did not capture the attack itself, but police said that they are still reviewing camera footage from the area.

Chicago Police have also confirmed that a threatening letter was sent to Fox Studios in Chicago, where Smollett works, on January 22.

The letter, according to a picture posted on the pop culture site That Grape Juice, said, “You will die, black fag.” A picture of a stick figure with a noose around its neck being shot was also drawn on the paper.

You will die black fag"

Danny Strong, the creator of Empire tweeted a statement about the attacks, calling the assailants “cowards.”

…whoever did this, do not forget that you are nothing but hate filled cowards while Jussie’s talent and activism will continue to shine a bright light on to the world for decades to come.

Smollett himself has not yet spoken publicly about the attack.