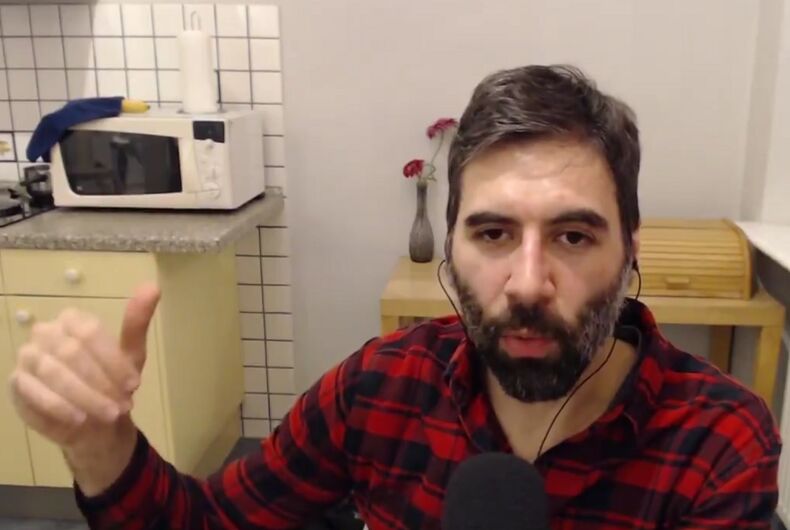 “Pickup artist” Roosh Valizadeh took a strong stance against straight men who like women’s butts, saying that that’s a “gateway to homosexual activity.”

Valizadeh, whose history of anti-woman comments is so deep he has a page on the hate group tracker Southern Poverty Law Center’s website, said in a video posted on Twitter that he is a “boob man.”

“I am now all about the boobs,” he said. “Because being a butt man is just a gateway to homosexual activity.”

On Twitter, people had a field day making fun of Valizadeh.

This has definitely been the weirdest way to come out I've ever seen. But live your truth, dude.

When your crazy uncle had a little too much to drink…

But one tweet really captured the essence of Valizadeh’s argument.