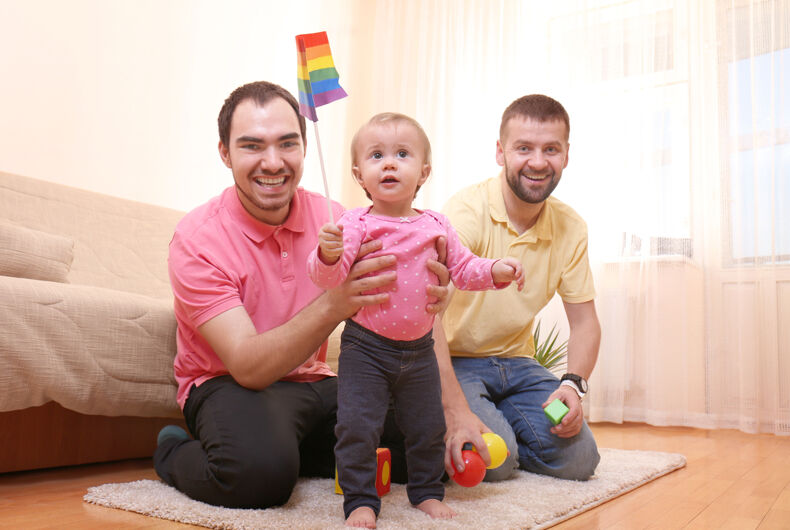 A broad coalition of organizations has come together to support the passage of the Child Parent Security Act this year. The bill would change New York law, allowing for better protections for those using modern reproductive strategies such as in vitro fertilization.

The law would legalize the right to use paid surrogates in the state. At current, New York only allows unpaid surrogacy while also declaring invalid any contracts between surrogates and parents. This puts both parents and surrogates at risk.

“New York is known as a place where every type of family is welcome. Unfortunately, our state’s progressive ideals fall short when it comes to supporting LGBTQ people and so many others who want to become parents,” said Family Equality Council CEO Rev. Stan J. Sloan.

“New York’s outdated laws lag far behind most other states in easing the burden for families who rely on assisted reproductive technology to become parents. Fifty years after Stonewall, it’s time to protect all New York families.”

Calling themselves the Protecting Modern Families Coalition, the group is advocating on behalf of families who rely on medical advances to have families. The push to support the passage of the Child Parent Safety Act is their first formal act.

The Family Equality Council formed the council. It is made up of eleven groups, including LGBTQ advocacy groups such as the Human Rights Campaign and Lambda Legal, plus other organizations like the American Society for Reproductive Medicine and the Union Theological Seminary.

New York banned the use of paid surrogates in 1992, a reaction to New Jersey’s “Baby M.” case where a surrogate mother, Mary Beth Whitehead, had a change of heart and asserted her parental rights. The court ruled that the surrogacy contract Whitehead entered into with William and Elizabeth Stern was invalid.

In the years since that case, both medical advances and societal change have driven a new look at surrogacy. The New York Department of Health’s Task Force on Life and the Laws recommended that the law be changed in December of 2017.

One of the many reasons for the task force’s recommendation was the US Supreme Court’s Obergefell v. Hodges decision as well as New York’s own Marriage Equality Act.

“Equity must be a driving principle if all families are to enjoy the opportunity to welcome children into their family,” reads that recommendation. “Gestational surrogacy affords lesbian, gay, bisexual, and transgender (LGBT) families an important opportunity to have children. LGBT families should have options similar to those of other families facing infertility, and equal access to adoption and ART (Assistive Reproductive Technology).”

To date, no bill has managed to make it to a full vote in the state, but the 2019 state legislative session will give one of the best chances in recent years, in large part due the incoming Democratic leadership in the state’s senate.

The Child Parent Security Act is currently in committee.