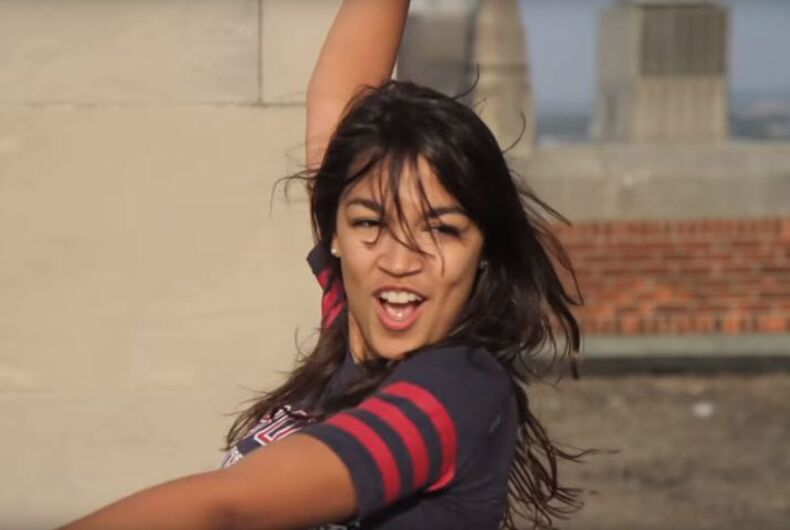 After a Twitter troll tried to make newly elected Congresswomen Alexandria Ocasio-Cortez look stupid by releasing a clipped video of her dancing on a rooftop in college, the progressive firebrand has gained even more popularity.

Just like when Texas Senator Ted Cruz’s campaign tried to portray challenge Beto O’Rourke as a party animal by releasing video of him performing with a punk band and looking like a typical college student, the attempt backfired spectacularly.

Twitter user @AnonymousQ1776 called the Congresswoman a “clueless nitwit” and “America’s favorite commie-know-it-all” in the tweet. After the plan to embarrass her exploded, the user deleted the entire account.

The video was part of a larger 2010 piece, the “Boston University Brat Pack Mashup,” filmed when she was a student .Ocasio-Cortez was recreating the dance scene from “The Breakfast Club” alongside other students. Similar videos were a viral trend at the time.

But after the tweet was sent, the web didn’t waste a moment responding to the ridiculous “slam.”

Comedian Joseph Scrimshaw may have put it best when he quipped, “Anyone who thinks video of Alexandria Ocasio-Cortez dancing as a teen will derail her political career will be devastated by video of Trump speaking as an adult.”

The complete video is at the bottom of this post.

This is like when Cruz’s campaign released video of Beto with his punk rock band.

Republicans have discovered the one thing that can TRULY destroy Alexandria Ocasio-Cortez: videos of her being fun and cool

The Breakfast Club dance- a career killer for so many aspiring politicians pic.twitter.com/mXQphOzZFe