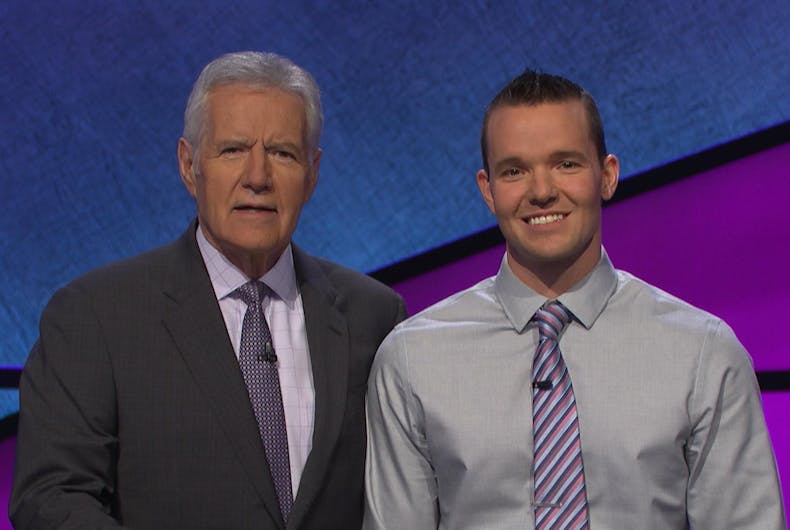 When John Presloid walked on the Jeopardy stage, he had no idea he was about to win big. The game show contestant brought home almost $100,000 but with a few nonchalant words, he became a true champion.

Presloid, who lives in a small community outside of Toledo, Ohio, talked to LGBTQ Nation about his win – and becoming an inspiration to countless LGBTQ kids.

The four day champion had to stay mum about his big winnings until the show aired.

“It taped the week after Thanksgiving, so almost two months ago,” he said. “It was hard sitting on such a big secret for so long, but I knew it would be more exciting for people to experience it without knowing what happens. I ended up winning 4 games and $92,200 total.”

Related: Louis Virtel snaps back at House Republicans for using his ‘Jeopardy!’ snap

But on his fourth day as the champion, he hit the Daily Double. Twice. The first time he bet his entire earnings, but when host Alex Trebek encouraged him to do the same the second time, Presloid’s nonchalant mention of his husband didn’t register on set – but it did with viewers.

He declined to bet $27,600 for an answer in the “Poets” category – even though if he had made the wager and won he’d have had a chance at becoming the contestant with the highest score ever recorded for one episode.

He wagered $400 – and correctly answered the question.

Presloid, who has been out for years, says “nobody who knows me personally was surprised at all by my statement.”

Presloid pointed out former contestant Louis Virtel who, after becoming internet famous for a giving a big circle snap after winning a Daily Double himself in 2015, admitted that his biggest regret was being recognized as a gay man from stereotypes, but never actually saying he is gay.

Presloid says the reaction to his casual reference to his husband sparked a chord in small town teens across the country who reached out to thank him for being a “role model” when they couldn’t find anyone else.

“It was really touching. I didn’t expect to get those kinds of messages, and it really warmed my heart,” he said.

“If I just gave them some relief or some hope, that would be good enough for me. I know it can be hard at that age, especially if you’re in a bad environment. So if they can draw something to help them out of what I said or did, that would make me extremely happy to have been able to help, even if it was small.”

A true Daily Double is a great way to get ahead of the competition! Here are the highlights from John's 4th victory.