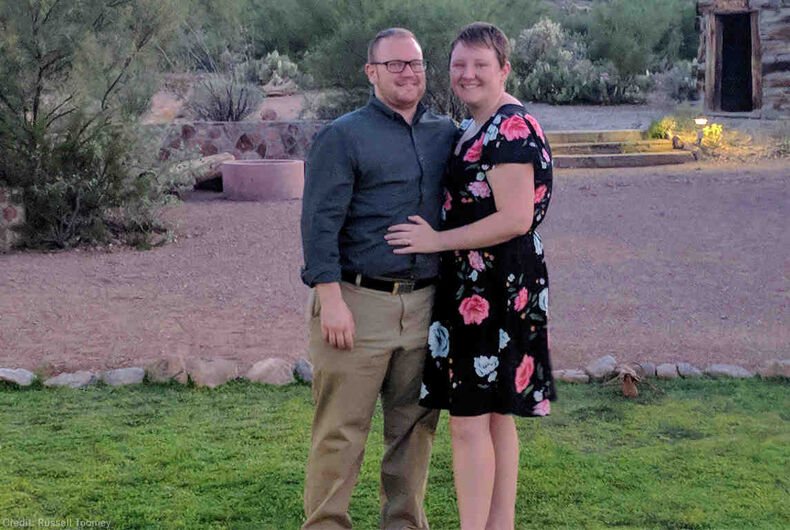 Russell Toomey, a professor at the University of Arizona, has filed a class-action lawsuit against the state of Arizona over exclusions in his health care coverage that prevent him from equal access.

“On Wednesday, I filed a class-action lawsuit against the state of Arizona and the Arizona Board of Regents, which oversees the state’s universities, to rectify the damage done to transgender state employees, like me, and dependents,” said Toomey in an op-ed.

“The fact that the state of Arizona’s health insurance coverage categorically excludes transition-related surgery is a violation of federal civil rights laws and the U.S. Constitution.”

The ACLU is representing Toomey, saying that the health care plan violates his civil rights by excluding transgender people on the basis of sex, as well as violating the 14th amendment equal protection clause.

“A recent court ruling in Wisconsin held that denying state employees’ health insurance for gender-affirming medical care violates the Constitution and federal law,” said Toomey. “I hope for a similar result in Arizona. It will improve not only my life but the lives of many other Arizonans.”

The state’s health care plan denies coverage for transgender related healthcare, including mastectomies or hysterectomies, even when the care is deemed medically necessary. Such procedures are not denied non-transgender people.

In 2004, Toomey paid for a double mastectomy out of pocket, but he was denied a hysterectomy even though his care provider has prescribed the surgery as a treatment for his gender dysphoria.

He has been trying to get the surgery covered by his provider since June of 2018, to no avail.

Toomey says that there are 20 other families he knows of who are part of the University of Arizona and are affected by this policy, saying that he is, “without a doubt, there are many more across the state.”

This out Jeopardy contestant won almost $100k. And our hearts.