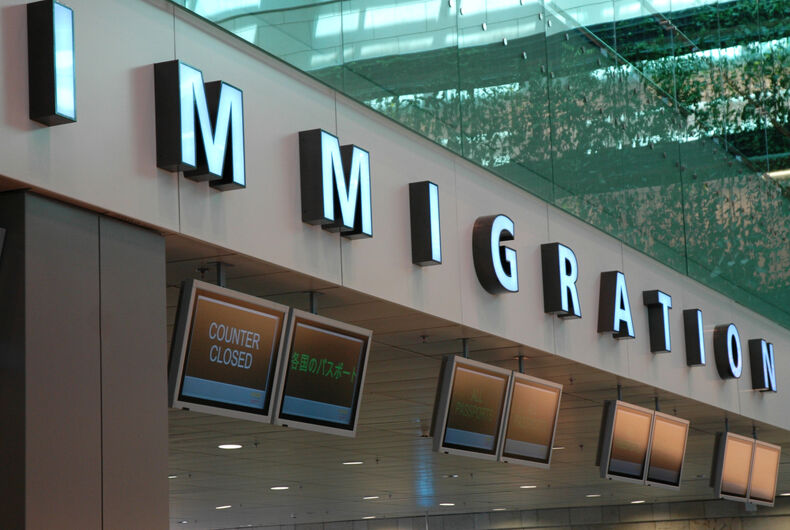 A Buzzfeed investigation has unearthed a heartbreaking account out of Australia of two gay refugees subjected to incredibly offensive interrogations who were eventually denied entry into the country in 2012.

Two unnamed Bangladeshi men were asked personal questions so shocking they’re practically unbelievable – expect it’s all documented in Australian immigration officials records. The documents were provided to the outlet through a freedom of information request.

The men are only identified as Applicant A and Applicant B in the records.

The men were repeatedly quizzed about their sex lives, including whether or not they drank each other’s semen. They were asked when they last had sex, what positions were used, exactly when they had sex, in which room it took place, at what time of day, and how long it lasted. The men’s answers were then checked against each other.

“Was it all over within minutes? Or a longer period? 30 minutes to one hour,” an officer asked Applicant A. “So you gave him oral sex. Did he ejaculate? Ejaculate … Did he reach a climax? Did he come?”

“And then oral sex was given to you. Did you come?”

Later that afternoon, Applicant B received the same treatment from the officer.

After focusing on minor details like which man gave the other oral sex first, the official denied the men’s application for refugee status. Bangladesh is notoriously anti-gay and gay men are frequently murdered or arrested.

The Refugee Review Tribunal overturned the decision two years later. The reviewer said in the report that, “I found the questions intrusive and are not ones I have ever found it necessary to ask of applicants claiming to be homosexual.”

A Department of Home Affairs spokesperson acknowledged to Buzzfeed that the questions were “inappropriate and insensitive”, and said that “appropriate action was taken in relation to this case.”

“Since 2012, the Department has significantly strengthened its guidelines, and provided additional training, on assessing LGBTI claims and conducting applicant interviews in a sensitive manner,” the spokesperson said.

The department wouldn’t say what happened to the men and whether they were eventually granted the visa.