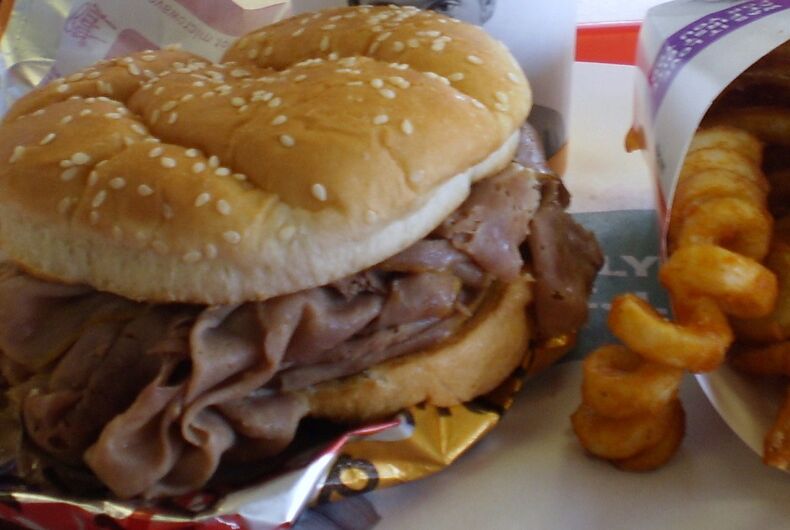 A new study found that buying food at Arby’s is the consumer choice that best predicts that someone is conservative.

Economists Marianne Bertrand and Emir Kamenica at the University of Chicago used data about purchases, media habits, political beliefs, and pastimes from several surveys of Americans that involved between 669 and 22,033 participants.

They had computers comb through the data and find out what could be used to predict whether people were male, white, liberal, or earn in the top 25% of household incomes.

The model was binary, so people were labeled either male or not male, white or non-white, liberal or non-liberal, or in the top 25% of households by income or not. This means that many identities were being studied as one; for example, people of many different races were counted as non-white.

The model was surprisingly accurate at times. When it came to predicting whether someone is male, consumer behavior was almost perfectly accurate.

Related: Computers can now predict if white people are gay or straight

For political ideology, owning a fishing rod and eating at Arby’s were the best predictors of conservative leanings. JIF peanut butter, not drinking alcohol, and eating at Applebee’s were also strongly correlated with not being liberal.

Consumer purchases also distinguished white from non-white people. In 2016, owning a pet, a flashlight, or a dishwasher could predict with over 62% probability that someone is white.

But political beliefs could also be used to predict whiteness. In 2016, if someone approved of police violence, owned a gun, supported the death penalty, and agreed that “homosexual sex isn’t wrong at all,” then they were probably white, according to the study.

The study also showed that some of these correlations changed over time. In 1976 and 1996, the top predictor of whiteness was a belief that the government is spending “too much” or “just enough” on services for black people. In 2016, that belief was about 15% less useful in predicting whether someone is white, putting it in sixth place among political beliefs.