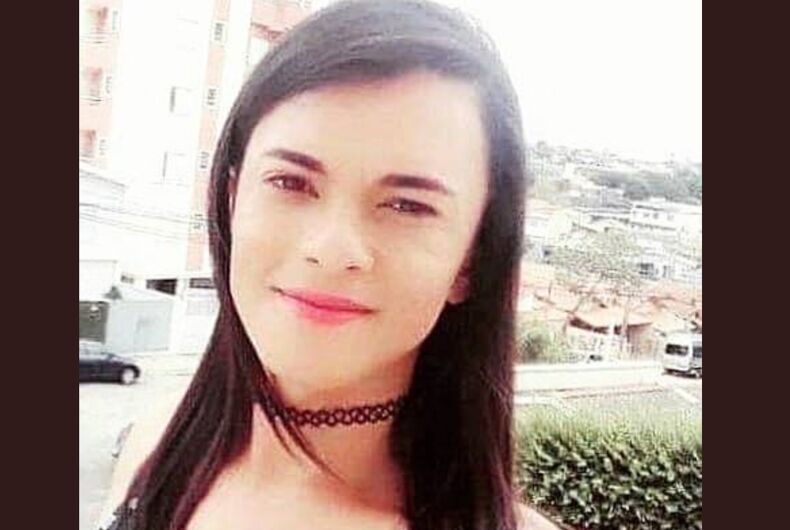 A Brazilian man has been arrested for the horrific murder of a transgender woman. He has confessed.

Caio Santos de Oliveira allegedly was intimate with Quelly da Silva, a transgender woman, and the next day ripped her chest open and pulled out her heart. He also stole her phone.

The deranged killed then wrapped her heart in cloth and took it back to his home. He covered the wound on her body with an image of a Catholic saint.

He confessed to the crime after being questioned about his suspicious behavior and various visible wounds. He told authorities that da Silva was a demon and led them to the 35-year-old woman’s body. Police were also able to recover the victim’s heart.

The man remains in jail to face charges of robbery and homicide.

“The cruelty, the fact that the perpetrator referred to the victim as a ‘demon,’ the religious references — there is a whole level of symbolism that brings us face to face with the reality of transphobia in Brazil,” Clara Masiero, a doctor of law and member of the Brazilian Institute of Criminal Sciences, told the Huffington Post.

The South American nation recently elected their own version of President Donald Trump. Newly installed far-right President Jair Bolsonaro was heavily supported by evangelicals and the religious right. He is notoriously anti-LGBTQ.