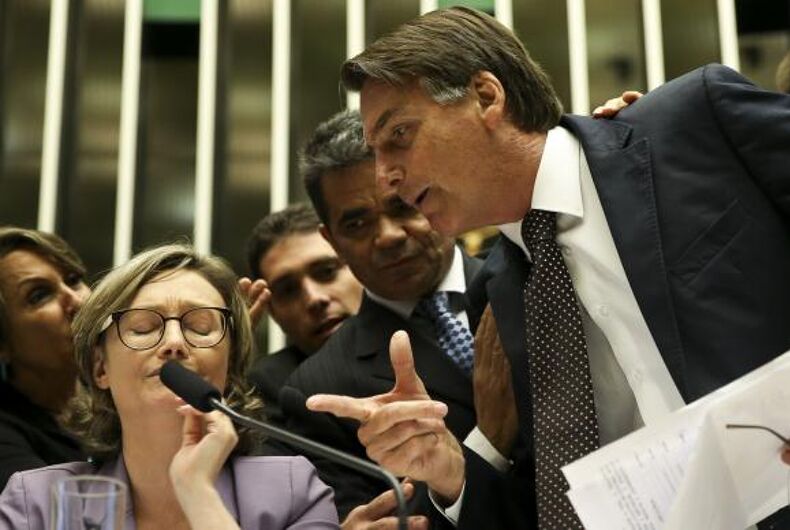 Newly inaugurated President Jair Bolsonaro issued executive orders aimed at Brazil’s indigenous groups, ancestors of slaves, and the LGBTQ community as soon as he was sworn into his administration.

The far-right leader said he would drastically change many aspects of life in Brazil when running for President. His platform was steeped in harmful Christian morality.

One of Bolsonaro’s orders removed affairs surrounding the LGBT community from consideration by the human rights ministry.

The new human rights minister and former evangelical pastor, Damares Alves, has said “the Brazilian family is being threatened” by inclusive LGBTQ legislation.

Related: Who were the worst politicians of 2018? The list is practically endless.

Before Bolsonaro hopped on the presidential campaign trail, he had a reputation for racist, sexist and homophobic comments and was known as the “Trump of the Tropics.”

In his years as a Congressman, he was exceptionally vocal about his aversion for LGBT people. He has said that he would rather his son die in an accident than be gay, has advocated that parents should beat being gay out of their children, and in 2013 proclaimed, “Yes, I am homophobic — and very proud of it.”

Bolsonaro seems like he’d be welcome on the other side of Donald Trump’s border wall. Trump and United Nations Ambassador of the US, Nikki Haley, both tweeted their congratulation to Bolsonaro after his inauguration.