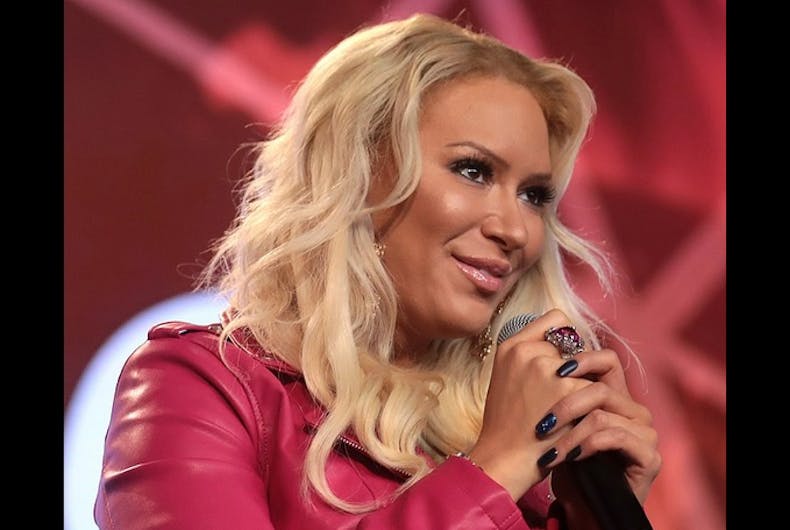 Jones’s Twitter feed is mostly about how much she hates liberals and supports conservative politics.

On Saturday she posted a strange video of the sign on what appears to be a public restroom. The sign said that the restroom, which may have been a single-user room, is gender-neutral.

Which is scary. If you didn’t know that was scary, Jones did the zoom in-and-out thing with her camera and wrote “How would you feel about your child using this bathroom?”

How would you feel about your child using this bathroom? pic.twitter.com/W9HSqDUzCx

Related: All schools in Scotland will have gender neutral bathrooms soon

This led to a lot of jokes on Twitter.

Is there soap? Are there paper towels? Has the idiot standing outside and filming the door finally left?

How would you feel about your child overusing the zoom lens?

Do you have separate bathrooms for boys and girls in your house?

I'd immediately call the police about some creepy lady recording a bathroom & its users.

As long as the toilets are working, or they’re not peeing blood, it seems just fine

I came here to mock, but really, there’s no need. Bravo commenters! 👏👏👏

But that wasn’t it for Jones. She tweeted that she was “true warrior for my gender,” even though, uh, she’s a Trump supporter.

After that, she was “just curious” about something that she clearly has a strong opinion about.

Why is it controversial to say I don’t think women and men should share a public bathroom. Just curious. And how did we go from separate toilets 🚽 to shared ones.

Jones is the Native American Ambassador on the National Diversity Coalition for Trump.