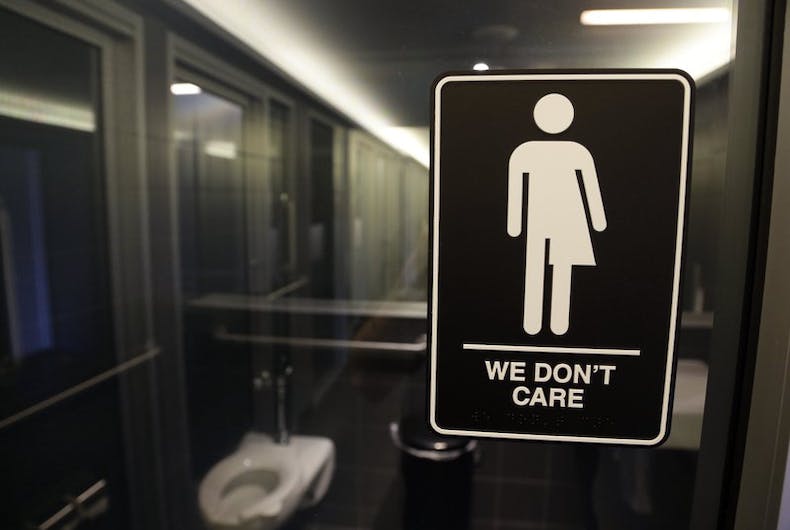 The Scottish government has announced plans to update their guidelines for schools to include a mandate requiring gender neutral bathrooms be available for students. The original guidelines, issued in the 1960’s set minimum standards for schools and required there to be an equal amount of boys and girls restrooms.

The new guidance reads, “The School Premises Regulations do not prescribe standards for accessible sanitary facilities for persons with a disability or refer to unisex toilets that could address gender issues. Therefore, the Regulation needs to be updated and simplified to meet current expectations.”

“They are particularly beneficial for transgender young people because otherwise transgender pupils often fear going to the toilet so much that they refuse to drink liquids during the day and experience dehydration,” Morgan continued. “Gender neutral toilets are not a radical new idea, they have been commonplace in schools and public venues across Europe for many years. Indeed, we all use gender neutral toilets every day without thinking about it – on planes, trains, and most importantly – in our homes.”

Meanwhile, back in America, the religious right is afraid that adding a gender neutral bathroom in a school will lead to sexual immorality, rape, and the general end of civilization – and high school students have to go all the way to the Supreme Court to get permission to take a leak.

Hopefully, Scotland’s method will be used as a role model in the States the next time we get a sane president who’s not beholden to the religious right.

Trump to pick gay former diplomat for ambassador to Germany