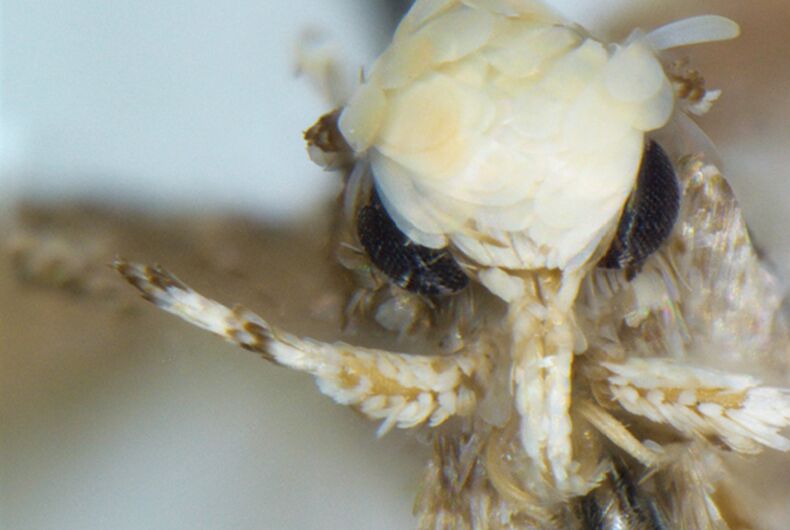 Evolutionary biologist Vazrick Nazari has discovered a new species of moth and he’s named it after President Donald Trump.

The bug’s distinguishing features include a mop of bright yellow scales on the top of its head and an unusually small penis. Its head is orange-yellow and the body is white.

Best of all? Neopalpa donaldtrumpi can only be found on the coastal border area of the United States and Mexico.

This celebrity went on a nutty rant about gender neutral bathrooms. Twitter cracked up.