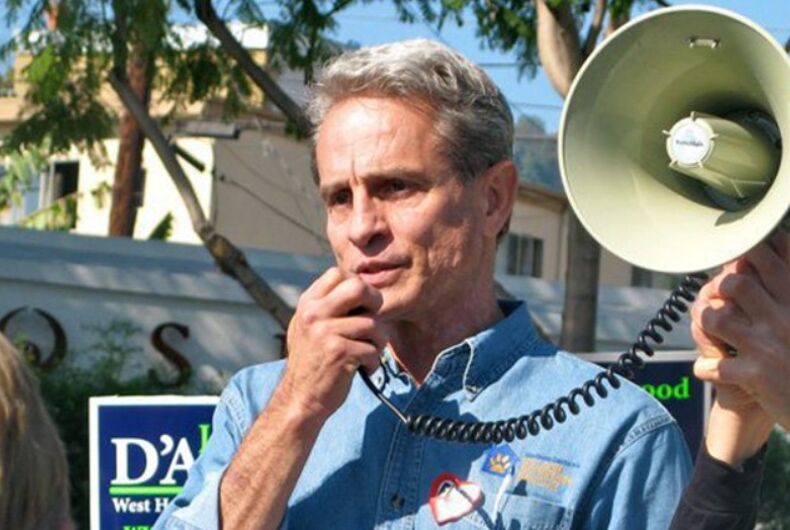 Another young black man has been found dead in a Democratic donor’s apartment.

An unidentified person was found dead earlier this week in Ed Buck’s apartment in West Hollywood, California. Sheriff’s deputies and the coroner were at the apartment early Monday morning, but the identity of the deceased has not been released.

In 2017, Gemmel Moore died of a meth overdose in Buck’s apartment. Moore was a young, black sex worker, and several people have said that Buck, who is white, got sexual pleasure from giving drugs to black men and watching them take them.

Buck was not prosecuted at the time because the Los Angeles County District Attorney’s Office believed there was insufficient evidence to prosecute him.

Now community activists are saying that another dead black man in his apartment shows that law enforcement officials have been ignoring a person who is a danger to others.

“If this was a black man and there were two white bodies found in his apartment, there is no way he would not be in the jail right now lawyering up,” said Tyson-Lord Gray.

After Moore’s death, his mother said that her son told her that Buck provided drugs and pressured him to take them.

“[Buck] would supply heroin, meth and other drugs to him to smoke or use with a needle,” she alleged. “Buck would pleasure himself at the sight of my son using drugs.”

Another alleged client of Buck told the Weho Times that Buck would “get off on getting you higher and higher.”

A 2016 diary entry written by Moore said, “I’ve become addicted to drugs and the worst one at that. Ed Buck is the one to thank. He gave me my first injection of crystal meth.”

Drug paraphernalia and what police suspected were drugs were found in Buck’s home.

Some suspected, though, that he was not prosecuted because he donated to a number of city, state, and national political campaigns.

The sheriff’s department said in a statement that their investigation of the recent death will include “follow up interviews and a secondary review of the July 27, 2017 incident.”

But community groups are putting pressure on the police. the LA LGBT Community Center called on the county to “fully investigate this tragedy and aggressively seek justice wherever the investigation might lead.”

“The reports we have heard provide more questions than answers. The fact is two black men have died at Mr. Buck’s home in less than two years,” the statement said.

Buck, through his attorney, denied any involvement in the death.

“From what I know, it was an old friend who died of an accidental overdose, and, unfortunately, we believe that the substance was ingested at some place other than the apartment,” the lawyer told the Los Angeles Times. “The person came over intoxicated.”